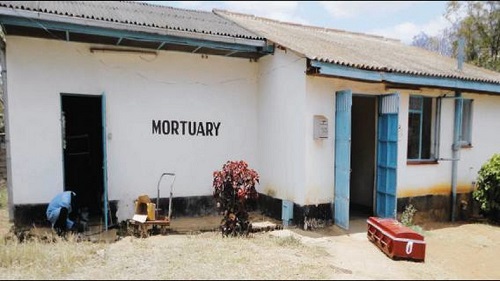 Family members of persons who died in the Kintampo accident have trooped to the Jema District Hospital in Kintampo to help identify the bodies.

About 30 people lost their lives in the fatal accident on the Kintampo-Tamale Highway in the Bono East Region on Monday.

Although the bodies were burnt beyond recognition, family members are already at the hospital hoping to identify the remains of their relatives.

The burnt bodies according to report include a 12-year old and a police officer.

Family of the late police officer have been able to identify his remains but say they will have to deal with the police administration before they take the body for burial.

"For now we have no option except to ask the medical authorities how they can identify the bodies else we would have to go with a mass burial".

The Kintampo accident involved a Yutong bus and a Sprinter bus which collided head-on and caught fire.

Ghanaâ€™s road safety statistics have not made for pleasant reading in recent times with road crashes claiming 2,284 lives in 2019, according to provisional data compiled by the Motor Traffic and Transport Department (MTTD).

This would be the highest fatality figure in the last decade if validated by the National Road Safety Authority.