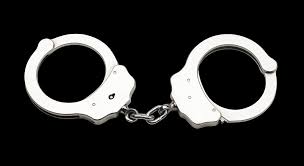 A 45-year-old landlady has been arrested at Akyem-Asiakwa in the East Akim Municipality of the Eastern Region for allegedly spraying faecal matter at the door of her tenant.

The landlady, Anti Dede, according to a police source, has for the past three months mounted pressure on her tenant, Wisdom Senyo, to vacate a single room in her family house without any tangible reason.

Wisdom Senyo, who had no option, reportedly appealed to the landlady to give him some months to search for another room.

Â Senyo's a interference in a quarrel between the landlady and another tenant about three months ago is said to have infuriated Anti Dede, who insulted the him for interfering and asked him to vacate the room.

The controversial landlady had ever since that day, been fighting with Senyo on a daily basis but went a step further last Sunday by fetching faecal matter from public toilet to spray on the tenant's door.

Wisdom Senyo then reported the matter to the Asiakwa police who arrested the landladyÂ and granted her bail on Monday so they could to settle the dispute at home amicably but Dede on Tuesday morning, again went to fetch faecal matter and smeared it in front of his room and forcibly took his key.

The tenant, again, reported the matter to the police and Anti Dede was re-arrested.

A police source confirmed to that the suspect was in their custody assisting in investigations, Daily Guide reported.