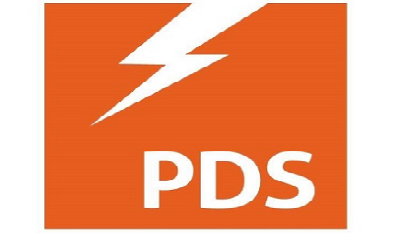 A 42-year-old man has been arrested for allegedly parading himself as a worker of the Power Distribution Services Ghana Limited (PDS) and issuing summons to some customers of the company for offences they did not commit.

The suspect, Clifford Okai Robertson, was arrested at Abeka in Accra while he and an accomplice who escaped arrest, were issuing summons to some PDS customers.

The PDS General Manager in charge of Revenue Protection, Mr Michael Twum-Barima Boadu, said on June 3, 2019, an employee of the PDS saw Robertson and an accomplice parading themselves as staff of the PDS as they conducted a house-to-house exercise.

The two were also seen handing out some letters to customers of the company.

The curious staff member approached the two men and questioned them. His suspicion was heightened when he read the content of one of the notices of summons.

A copy of the notice which was on an Electricity Company of Ghana Limited Revenue Protection Division letterhead was dated June 3, 2019.

The notice said the customer had by-passed the ECG meter and used electricity illegally.

Other offences in the notice included tampering or interfering with ECG meter, causing damage to ECG equipment, unauthorised service connection, illegal connection to service or feeders and not purchasing power for some time.

The notice, which had the signature of one Sammy I. Yeboah, also said the offences were in contravention of LI 1651(1999) and were, therefore, criminal acts.

It asked the customer to within 48 hours of receiving the notice report to the Loss and Control Unit of the PDS office at the Accra West office at Avenor, room 16 between the hours of 8 a.m. and 5 p.m.

It further requested the customer to bring along relevant ECG documents and cautioned that the ECG reserved the right to institute criminal proceedings against the customer.

When Robertson was searched after his arrest, two fake ECG identification cards, with his picture but different names were found on him.

He was subsequently handed over to the Prosecution Unit of the PDS.

Mr Boadu said preliminary investigations revealed that Robertson did his national service at the ECG office at Kaneshie in 2016.

He cautioned the public to be on the lookout for such imposters and advised customers to always visit PDS offices for enquiries and issues relating to power supply to their homes or businesses.