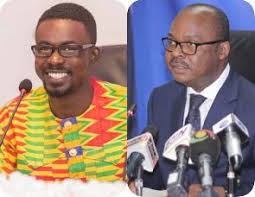 Legal Counsel for Menzgold Ghana Company Limited, Lawyer Kwame Boafo Akuffo, says there is an orchestrated attempt by the Bank of Ghana (BoG) to collapse local companies in the country.

The Counsel said Menzgold Ghana Company is not involved in what the BoG is accusing it of, yet it is finding all means to bring the company down.

The skirmishes between the two entities started after BoG issued a fresh caution to the public against dealing with Menzgold, which the central bank said, had not been licensed to trade in the business.

According to the central bank, Menzgold  has no authority to engage in the solicitation, receipt of money or investments and the payment of dividends or returns to its clients which is captured in Section 6 (1) of the Banks and Specialized Deposit-Taking Institutions Act, 2016 (Act 930).

The Economic and Organised Crime Office (EOCO) has reportedly initiated investigations into operations of gold purchasing firm as a result of BoG’s public warning.

EOCO is said to have subsequently invited Chief Executive of Menzgold, Nana Appiah Mensah [NAM1], following concerns by the Bank of Ghana over the operations of the company.

NAM1 is expected to meet the Executive Director of EOCO, K.K. Amoah and his team on Friday, August 17, 2018 over the investigations.

Speaking in an interview with Joy News which was monitored by PrimeNewsGhana on Thursday, Lawyer Boafo Akuffo said “Bank of Ghana has the authority to prescribe what illegality is but for six years, nobody has been able to say we operate illegally”.

He said “in business, people have to be innovative so we buy and export the gold. We are engaged in commodity trading”.

“The Bank of Ghana is out there to collapse Ghanaian companies because none of our customer has complained”, he added.