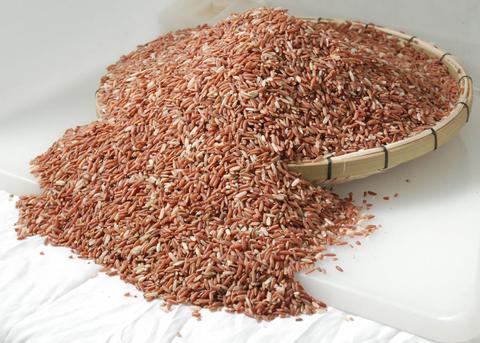 The Ministry of Food and Agriculture, MOFA has assured Ghanaians that it will do all it can to make the campaign for the consumption of local rice a success.

According to MOFA, government wants to push the campaign further not to just end on social media where people are advocating the consumption of locally made rice.

''The mandate of the ministry to push this campaign. Thankfully, the Minister of Agriculture is an economist and knows what Agric is capable of doing to improve our economy of our country. He is making all strives to ensure that the vision comes true. Agric Ministry aims at boosting farming and food security''.

Highlighting on what government will put in place to support and push the campaign of local rice consumption he said :

''We are looking forward to a time where 3, 4 communities having a rice meal. Right from the farm you harvest the rice, you're going to have a combine harvester or a ripper. So your rice is free of stones, you harvest at the right temperature and straight to the mill. You're able to store it and sell it at a good price''.

He also indicated that the quality of our local rice is rich in nutritional value as compared to any rice form anywhere.

Adding to that he said if it comes to the time where the country has self-sufficient people, rice will be one of the cheapest staple food and affordable for everyone just as the foreign ones.

However, the Deputy Minister for Information, Pius Enam Hadzide has encouraged Ghanaians to patronise locally produced rice for economic growth.

Mr Hadzide said that though government has a role to play in the production and promotion of locally produced rice, the final decision lies with the ordinary Ghanaian.

“Government can do as much but critically, at the end of the day, the ordinary Ghanaian also has a role to play, which is to make the deliberate decision in the national interest that, we have a problem, we have to deal with it, and we are going to begin to see a shift in our taste,” he said.

“We can produce as much as we can but we first of all need to have a market and the ordinary Ghanaian has to be prepared to consume rice made in Ghana,” he added.

Meanwhile, the Ministry of Food and Agriculture, says it is in talks with 20 major importers of rice into Ghana to get them to rely on locally produced rice for both domestic consumption and export.

Also, institutions like the Ghana Buffer Stock Company have stepped in to support some rice farmers in the Upper East Region.