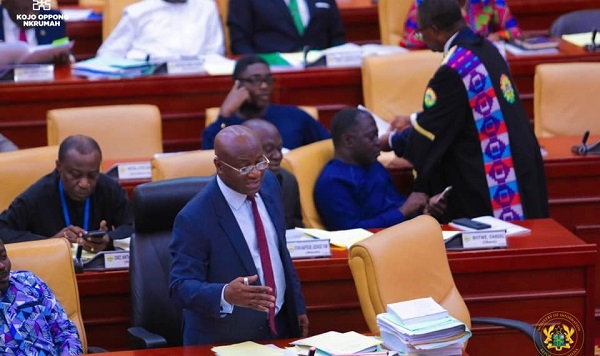 Majority Leader and Minister for Parliamentary Affairs Osei Kyei Mensah-Bonsu has warned that Members of Parliament who tested positive for COVID-19 should stay away from Parliamentary duties.

The Suame MP noted that the affected persons including some journalists have defied the communications from the Covid-19 that they should stay away following their positive results.

He explained: “the arrangement was that anybody who unfortunately tested positive would not be openly identified but that the testing team could have the arrangement to contact them behind the curtains and have the situation managed.”

“Unfortunately, some people have relented, after contact is made with them they ignore the appeal from the chief, and they visit parliament and they endanger the lives of all of us. The issue is to figure if you submitted yourself, you tested negative as some of us have on two occasions I’ve tested negative.”

He disclosed that one person who has been spoken to by the COVID-19 team has gotten close to some MPs.

“He was engaging them, even though he has been spoken to. So please let’s be on the watch out for one another,” he pleaded.

The MP was among legislators who denied initial media reports that some members had tested positive for the virus.

Speaker of Parliament, Prof Mike Aaron Oquaye said the medical team will conduct another test next week for MPs and staff.

He warned that any MP or journalists who fail to conduct the test will be banned from entering the premises of Parliament.