President Akufo-Addo has submitted the names of forty-six (46) Ministers and Regional-Ministers designate he has appointed in his second term to Parliamentary today, Thursday, January 21, 2021, for vetting and approval.

Some significant changes have been made, Matthew Opoku Prempeh who was the Minister for Education will be occupying the Ministry of Energy and his place will be taken by Dr Yaw Osei Adutwum.

Former Minister for Energy Peter Amewu has been moved to Railway Development.

The likes of Kojo Oppong Nkrumah, Ursula Owusu, Alan Kyerematen have all maintained their place 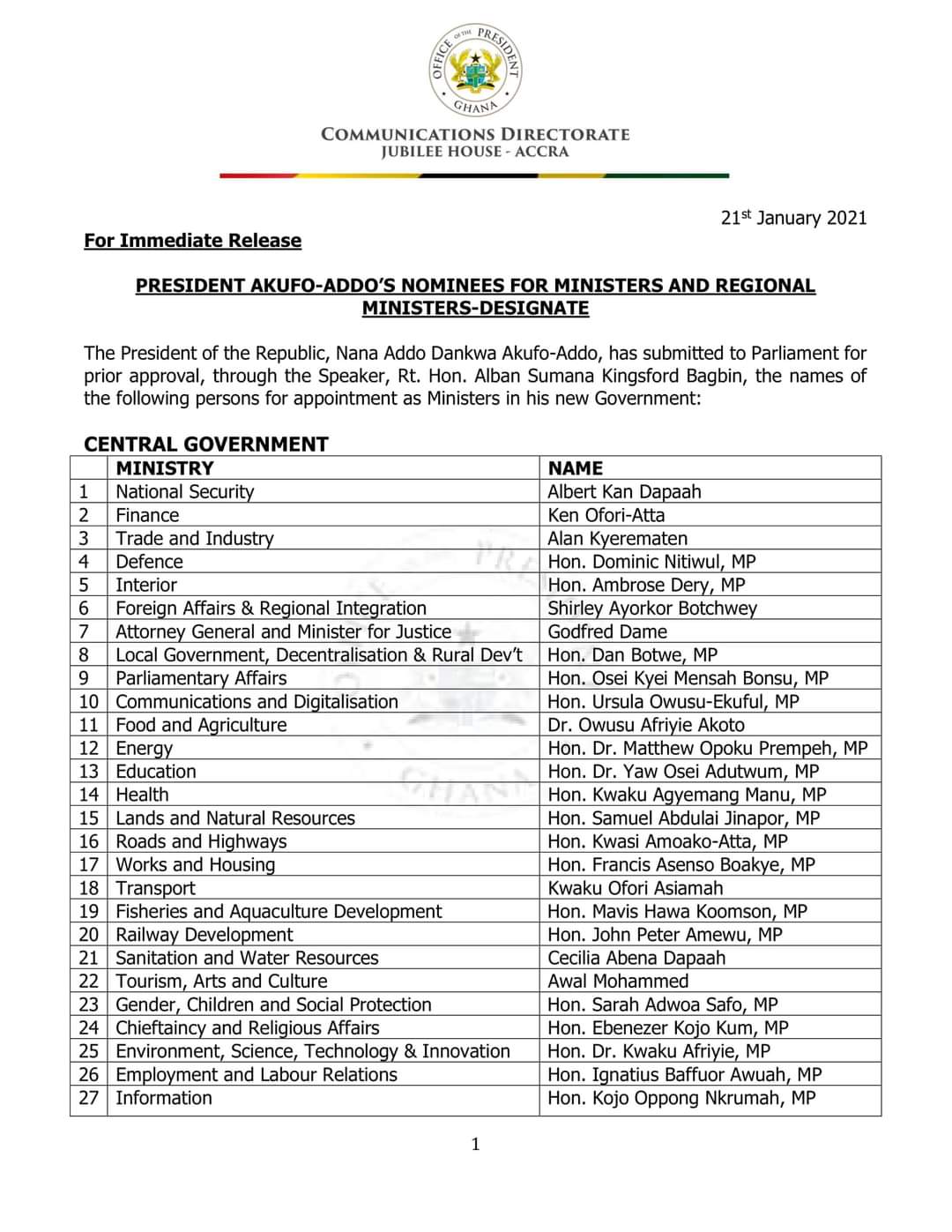 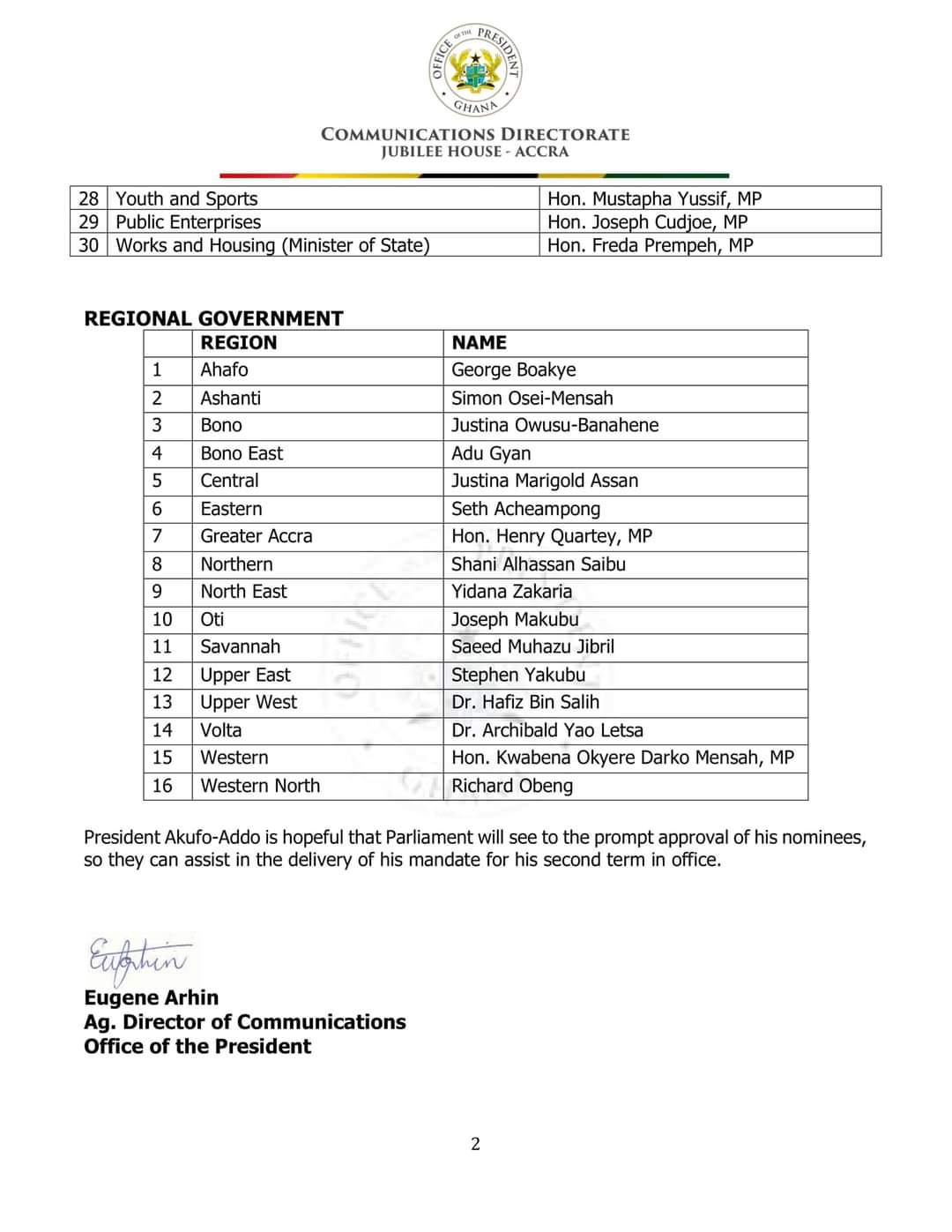