TheÂ Chief ImamÂ is a member of the National Peace Council. He is a national icon of peace, unity and development.

Referred to us the "Man of Peace" the National Chief Imam was born onÂ  23 April 1919 at Old Fadama.

He readily embraced Sufism and continued working hard with the Sufi movement until he met with the supreme commander of the Tijaniyya Sufi order of the 20th century, Grand Sheikh Alhadji Ibrahim Nyass from Kaolack in SÃ©nÃ©gal when first Ghanaian president Kwame Nkrumah invited him for a friendly visit to the country.

As a deputy deputy Imam of Tijaniyya in Ghana 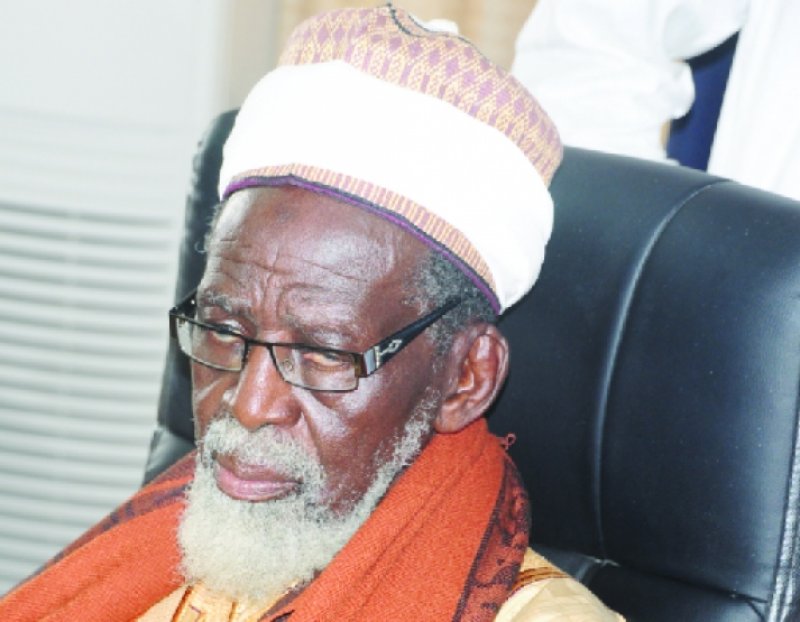 In 1974, after lengthy debates and consultations among the country`s traditional Muslims (Tijaniyyas) and concerned parties, it was agreed by consensus that Sheikh Osmanu Nuhu Sharubutu should be appointed to deputy Imam of Tijaniyya in Ghana.

However, Sheikh Osman turned down the offer of appointment with the excuse that he was a professional Islamic teacher and educator with over 20 students under his care at the time and he was concerned about their future growth and development.

It was later and after further persuasions and persistence by the Islamic teachers that Sheikh Osmanu realized that the appointment was a divine call for him to serve Islam and the Muslim communities. In 1993, he succeeded his cousin, Sheikh Mukhtar Abbas who was ill and physically weak as head of Tijaniyya Muslims in Ghana. 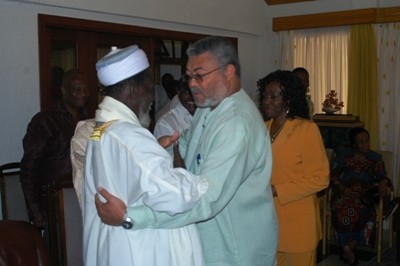 The national chief imam would be the spiritual guide and mouthpiece of all Muslims in Ghana. Such a leader, required by the policy, must be agreed upon by a committee of all interested parties and that the office would rotate among heads of the various Islamic sects with significant representation in the country namely; Ahlus Sunnah wal Jamaaha, Tijaniyyah, Ahmadi and Shia respectively.

Sheikh Osman was appointed by the committee and approved by the government in 1993 to occupy the newly created office as the first National Chief Imam of the Republic of Ghana and invested at a simple but colourful ceremony.

Throughout his life, Sheikh Osman has had a reputation for promoting Islamic education and encouraging the establishment of formal educational institutions.

He has built many Arabic Schools, Islamic Centers and Mosques. He spends huge sums of money organizing conferences, seminars and symposia on thorny Islamic issues prevailing in the Islamic societies and the country as a whole. 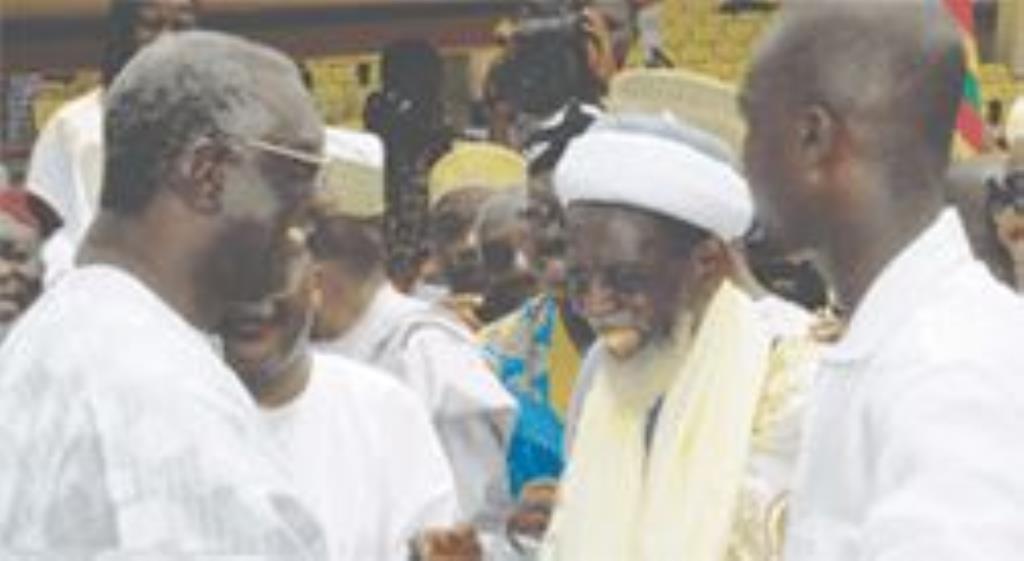 He has undertaken a number of official state visits to connect with Ghanaian communities in the diaspora. On all occasions, he emphasizes the need for Ghanaians in the diaspora to live exemplary lives and abide by the rules of their host countries in order to portray a positive image for their home country.

He is responsible for the realization of two national holidays in the official calendar of the Republic of Ghana; Eid al-Adha and Eid al-Fitr.

Furthermore, Sheikh Osmanu has been involved in the establishment of institutions and organizations for providing services that address the humanitarian needs and empowerment of the Muslim youth in and outside Ghana.

He set up and presently (January 2014) chairs the ISLAMIC PEACE AND SECURITY COUNCIL (IPASEC). The council is mandated to devise, adopt, run and implement projects and policy initiatives on peace and security within the Muslim and Zongo Communities in Ghana.

It collaborates with law and security enforcement agencies in the country to help sustain and maintain the peaceful ambience that Ghanaians enjoy. IPASEC operates on a low profile within the Muslim populated areas in Ghana due to its mandate and intended operational activities. 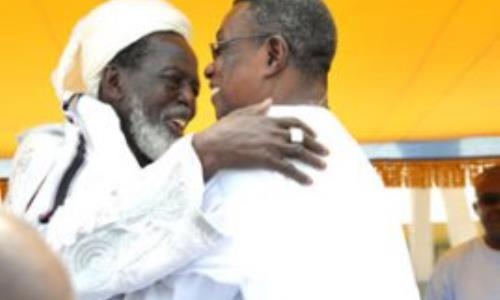 It reports its activities to the Inspector General of Police of the Ghana Police Service and copy the National Security Coordinator quarterly under the authority and recommendations of the National Chief Imam.

The Sonsetfund provides support for individuals at different levels as well as supporting the youth in literacy and skills training to attain Higher Education.

Sheikh Osman believes that a mind is a terrible thing to waste and is noted to have said that "Human beings have the choice over everything except two things, they cannot choose.

The choice of parents and the geographical location they were born. Some People have been born to very poor, illiterate parents in very deprived communities of Ghana. The child born into ignorance, illiteracy and poverty gives that innocent child a negative perception and mental attitude in life. The child grows as an offspring and a by-product of his negative environment". 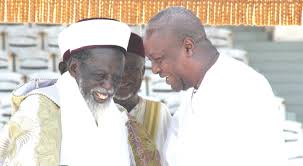 With Sonsetfund therefore, he seeks to provide opportunities for these deprived communities and instil in these individuals a sense of hope. The fund provides scholarships and has sponsored hundreds of needy children mostly from the disadvantaged and vulnerable Muslim and non-Muslim communities in Ghana.

He established an orphanage centre to look after the education and welfare of homeless Muslim kids in Ghana; the Nuuru Usmaniya Foundation for Humanitarian Services and Development (NUSMA)

Sheikh Osmanu today, is the representative of the Muslim face in national affairs and continues to support development programmes that sensitize people to their social responsibilities and build bridges between Islam and other religions. The result is that he is a member of the National Peace Council of Ghana. 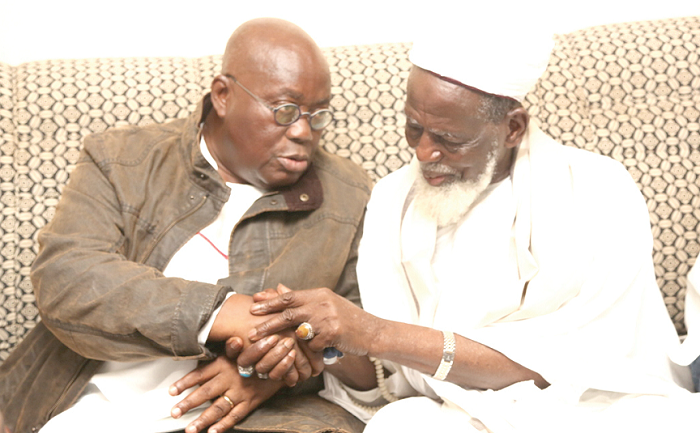 He is well known for his exemplary lifestyle and generosity to people who face him with their personal problems. Dr. Sheikh Osmanu Nuhu Sharubutu comes from a pedigree of Islamic Scholars and leaders. He has continued with this heritage and has, in the process, distinguished himself as a great Islamic leader. He has been engaged in promoting Muslim education, setting up various Islamic schools and encouraging the integration of Islamic knowledge and practice with secular education. 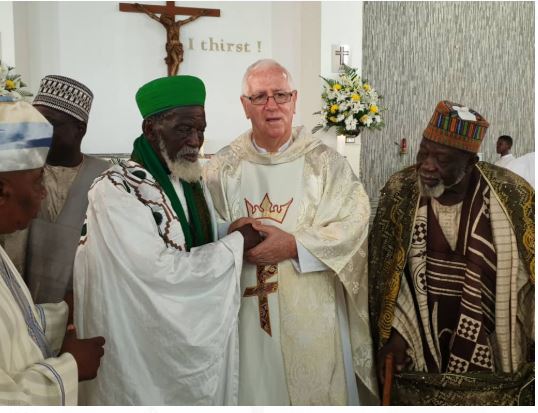 He has personally sponsored hundreds of needy Muslim children mostly from the disadvantaged and vulnerable Muslim communities in Ghana.

He was awarded an honorary doctorate degree in 2013 by the University of Ghana for his wondrous contribution to public service and his immense contribution at maintaining peace and development in Ghana.