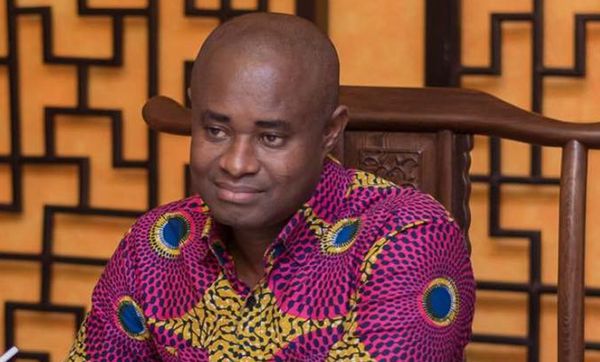 Radio Gold one of Ghana's leading radio stations has responded to the shut down of the station by the National Communications Authority (NCA).

The station was shut down by the NCA on Thursday, May 9, 2019, after failing to renew its operating license, which the NCA says expired in 19 years ago.

The NCA stormed their premises and carried out the operation but according to managers of Radio Gold, it was regrettable that the station was shut down by the NCA at a time the station was providing intermittent live coverage of a press conference by the Council of Elders of the opposition National Democratic Congress (NDC).

Radio Gold is affiliated to the National Democratic Congress (NDC).

In a statement signed by Mr James Agyenim-Boateng who is the Chief Executive Officer of Radio Gold, they explained that NCA could have given the station a prior notice since its legal team had been engaging officials of NCA for the purposes of frequency authorisation.

Below is a copy of the full statement

RESPONSE TO THE CLOSURE OF RADIO GOLD BY THE NATIONAL COMMUNICATIONS AUTHORITY
In view of the closure of Radio Gold by officials of the National Communications Authority (NCA) in the company of armed policemen on Thursday, 9th May 2019, the management of Network Broadcasting Company Ltd, operators of the station wishes to respond as follows:

a) That at all material times, Radio Gold has been in touch with the NCA through our lawyers on the matter in issue.

b) That we have made numerous attempts to submit the required documentation to the NCA for the purposes of renewing the frequency authorisation, which documentation was inexplicably rejected by the NCA.

c) That the unexplained rejection of our documentation by the NCA considerably stalled the renewal process, our best efforts notwithstanding.

d) That we had hoped that any action of the sort undertaken by the NCA on Thursday would have been preceded with prior and adequate notification.

e) That it is regrettable that Radio Gold was shut down by the NCA at a time the station was providing intermittent live coverage of the press conference by the Council of Elders of the National Democratic Congress (NDC) at its headquarters.

f) That the closure of Radio Gold is high-handed and runs contrary to the spirit of engagement that has existed between the NCA and the station.

g) That the above notwithstanding, our legal representatives will continue to engage the NCA with the view to resolving the matter in issue to ensure a quick resumption of our normal programming.