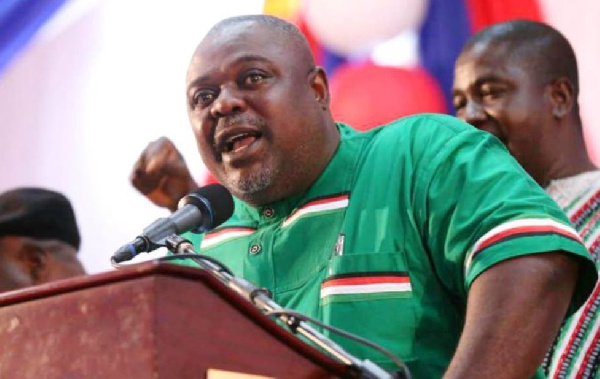 Mr Anyidoho and the party have had some bit of friction in their relationship in the last few years.

NDC in a statement confirming his suspension said two members of the party lodged a complaint against his conduct which is viewed to have breached the party's disciplinary code for members.

The party then held a meeting on January 20, 2021, and decided to suspend Mr Anyidoho and the petitions have been referred to the party's disciplinary committee for further action.

Â Read excerpts of the statement below:
At its meeting on the 20th January. 2021, TEC considered two separate petitions from two registered members of the National Democratic Congress (copies attached) each of which lodged an official complaint against your conduct which is viewed to be in breach of the Partyâ€™s disciplinary code for its members as contained in the NDC Constitution. The petitioners are: Mr. Mubarak Abdul-Karim (Oti Reg. Conn. Officer). Eric Adjei (Bono Reg. Dep. Com. Off).
At the end of its deliberations the following decisions were taken in accordance with articles 46(I). 46(6) and 46(8)(b) of the Partyâ€™s Constitution.

2. That the petitions be referred to the Partyâ€™s disciplinary committee for further action 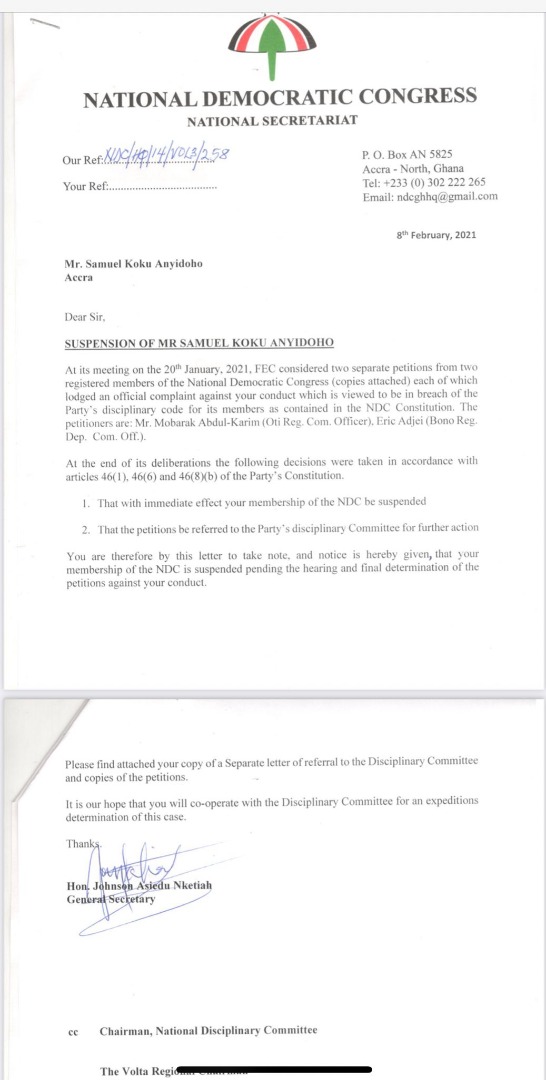