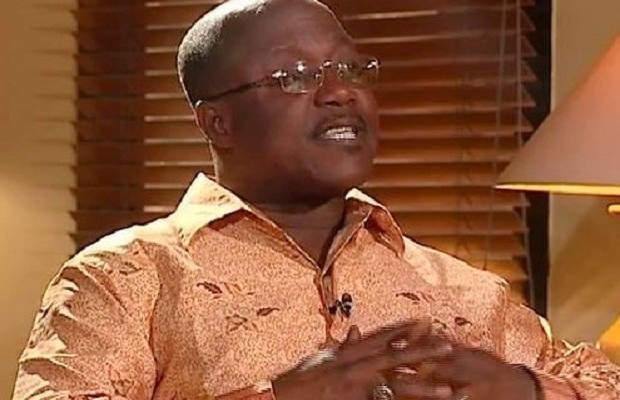 The Executive Secretary of the National Identification Authority (NIA), Professor Kenneth Agyemang Attafuah has been given a two-year contract after he attained the compulsory retirement age of 60 on Saturday, November 9, 2019.

This followed approval by President Akufo-Addo on the recommendation of the NIA board that Prof Attafuah should be made to stay on for two more years.

His new contract takes effect from Monday, November 11, 2019 to November 10, 2021, a memo signed by the head of administration and human resources, Mr W.K. Baffoe-Mensah to all NIA staff said.

President Akufo-Addo first appointed the criminologist to the NIA executive position on January 27, 2017.

He was the first executive secretary of the NIA under President John Agyekum Kufuor’s administration.

Despite numerous challenges with the registration exercise which started in the Greater Accra Region in April this year, a lot of progress has been made.

A former Commissioner for Human Rights in British Columbia, Canada, Prof. Kenneth Agyemang Attafuah is a Barrister-at-Law and Solicitor of the Supreme Court of Ghana. He is currently the Ag. Dean of the Faculty of Law at Central University College, Accra, where he also doubles as the Founding Director of the William Ofori-Atta Institute of Integrity, a Governance and Leadership training school.

Prof. Ken Attafuah is a Criminologist, Mediator, Management Consultant and a Human Rights advocate of international distinction and repute. He is also the Managing Solicitor of Ken Attafuah Law Place, an Accra-based private law firm specializing in the provision of timely and effective solutions to legal problems.

His practice includes human rights, criminal, corporate, constitutional and commercial law. Ken’s technical expertise has been tapped as an expert witness in extradition proceedings in the United Kingdom and elsewhere. He has consulted widely in human rights, gender mainstreaming, conflict resolution and transitional justice issues in such countries as Tanzania, Malawi, South Africa, Peru, Morocco, Sierra Leone, Kenya and Togo.

The centerpiece of Ken Attafuah’s enduring human rights concern is the prevention of discrimination and the promotion of human dignity for all. Prof Attafuah previously served as an Adjudicator with the Canadian Immigration and Refugee Board, where he determined claims of refugee applicants from all over the world to convention refugee status in Canada.

Among other key appointments, Ken Attafuah has served as: