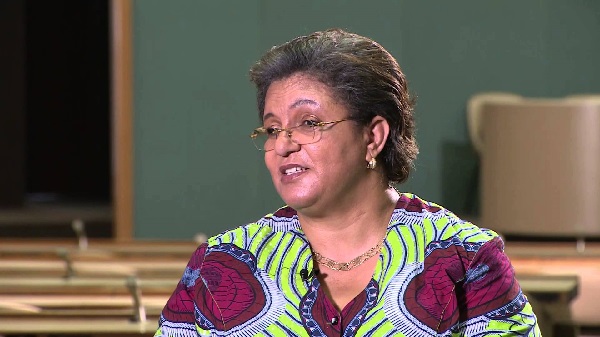 Commenting on the statement made by the incoming NPP government transition team that they have rejected food and cash offered them as allowance for the meeting, Hanna Serwaa Tetteh posted on her Facebook wall saying “No sitting allowances have been paid to any member of the Transition Team (both for the current and incoming administration).”

She clarified that “from the beginning of the Transition process provision for snacks & lunch were made by the Office of the President and were available only for members of the transition team working from the Accra International Conference Centre”.

However, Hanna Serwaa Tetteh also said, it is their right of members of the NPP transition team to reject any provision for them but as a matter of fact no such monies have been given to anyone.
“If the incoming administration has taken the position that they do not want to have such provision made any longer that is entirely their prerogative. 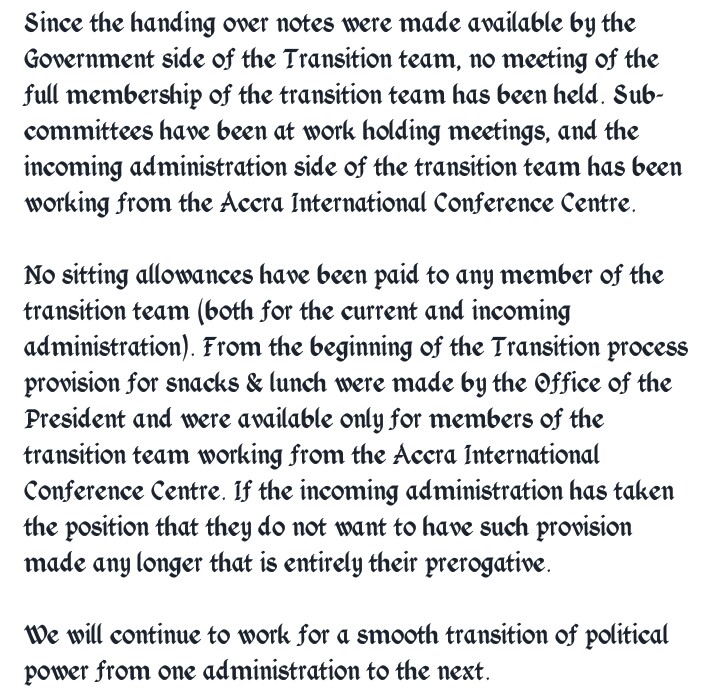