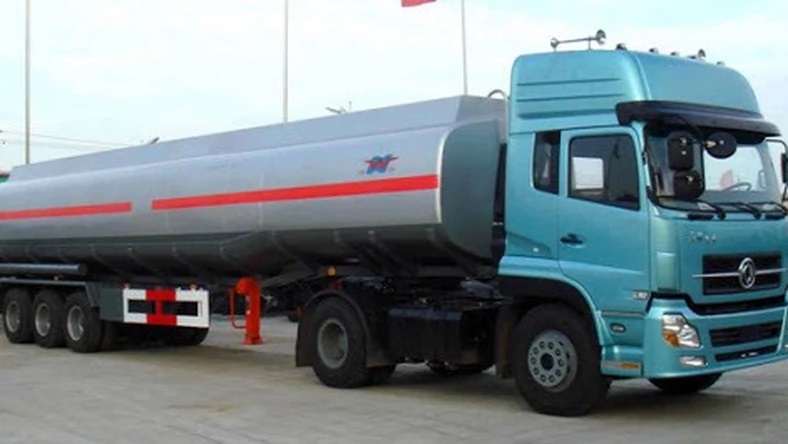 The aggrieved drivers raised major issues that necessitated their strike.

The drivers raised issues with such as an embargo on the issuance of new permits for fuel stations over the past two years, police harassment at checkpoints among others.

The NPA in a statement said it has deliberated on all the concerns raised by the Tanker drivers and will ensure they resolve them amicably.

The NPA, therefore, invited the GNPTDU for a meeting to deliberate on the concerns raised.

Their grievances centred on five (5) issues as listed below:

1. National Petroleum Authority (NPA) should approve the 86 Gas filling station outlets which have their permits;

3. Non-compliance of transit losses and refusal of the depot operators to abide by the at 20oC loading temperatures;

4. Non-compliance of 2017 memorandum of understanding (M.O.U.) signed by stakeholders on drivers and mates condition of service; and

5. Benefit of COVID-19 fund to essential or frontline workers.

We have reviewed the issues raised by the Union and responds as follows:

1. Request to approve 86 Gas Filling Stations - It would be recalled that following the Atomic Junction gas explosion on 7th October, 2017, Cabinet issued a directive on 12th October 2017, banning the issuance of construction permits for new petroleum products retail stations with immediate effect.

However, in January 2018 the NPA was directed by the Ministry of Energy after consultations with Cabinet to use its legal mandate to resume the processing of applications for Oil Marketing Companies that met the required conditions including the siting guidelines for white products (petrol, diesel and kerosene) retail stations.

It is worthy to note that this directive excluded processing of applications for LPG filling plants. Subsequently, the NPA in a meeting with the Ministry of Energy in June 2018, was directed to process applications of OMCs/LPGMCs that had lawfully constructed their refilling plants prior to Cabinet’s directive issued on 12th October, 2017.

To date, fifty-two (52) applications from the LPG Marketing Companies have since been processed to test run or operate their facilities. The ban on the grant of construction permits for new LPG refilling plants is however still in force.

The LPG Marketers Association in a letter dated 25th June, 2020 appealed to the NPA to grant them approval to complete the construction and operate their LPG refilling plants which were in various stages of development. Subsequently, a meeting was held on 24th July, 2020, between the NPA and stakeholders including the Union.

A review of the documentation provided on 86 sites submitted indicated that only 11 of them had been granted construction permits prior to the directive in 2017.

A total number of 6 out of the 11 had applied for authorization to operate their completed facilities but were yet to meet the NPA’s requirements. Additionally, 17 out of the 86 sites had been granted “No Objection” permits (prior to 2017) to enable the applicants obtain the statutory permits to apply for construction permits. An inspection of 55 out of the 86 sites so far revealed that 34 sites had been developed and 21 sites undeveloped. Of the 34 developed sites, 23 did not have the NPA’s construction permit hence were constructed unlawfully.

It is worth noting that 4 subsequent meetings have taken place with the Union. The last meeting scheduled to take place on the 14th of October, 2020 was called off due to the absence of the Gas Tanker Drivers Association.

2. Alleged Police harassments at check points - As part of our efforts to improve the distribution of petroleum products and data management, the NPA introduced the Enterprise Relational Database Management System (ERDMS), which generates fuel delivery forms that all drivers are required to be in possession of during the haulage of petroleum products from depots to final delivery points.

It is the single most authentic form that confirms a product has been genuinely loaded from an authorized depot to a retail outlet. The Police as part of their duties to ensure law and order are at liberty to request for these forms from drivers.

Any driver who is in possession of the form cannot be harassed by any police officer. It is therefore surprising for the Union to accuse the NPA and for that matter Mr. Samuel Asare - Bediako of instructing the police to harass tanker drivers in transit.

The Security and Intelligence Unit of the NPA upon receipt of intel on this alleged harassment engaged the concerned Regional Police Commanders on this matter. The Gas Tanker Drivers have also been provided with telephone contacts to call in case they face any form of harassment from the police.

The manual provides the right procedures for determining losses and, transit losses are determined by the OMCs or BOST per the procedure established in the manual. The same document also requires depots to correct the volume of petroleum product loaded at a reference temperature of 20 degrees Celsius.

4. Tanker Drivers Remunerations - Following strike actions by the Tanker Drivers in 2017 and 2018 with respect to their remunerations, the NPA met with the anker Drivers, Tanker Owners and other key stakeholders to discuss measures aimed at addressing this concern.

This resulted in the signing of a Memorandum of Understanding (MOU) initially on 4th September, 2017 between the Ghana National Petroleum Tanker Drivers Union (GNPTDU), Tanker Owners Union (TOU) and the National Petroleum Authority (NPA). Another MOU was signed on 25th September, 2018 between the General Transport, Petroleum and Chemical Workers Union (GTPCWU) of TUC, TOU, the Association of Oil Marketing Companies (AOMC), BOST and witnessed by the (NPA). As a follow to the meeting held on 24th September, 2018 a third MOU was signed by the GTPCWU, GNPTDU, TOU and witnessed by the NPA and AOMCs.

The MOU among other things stipulated that, the GTPCWU would lead the

GNPTDU in their discussions on remuneration and welfare issues with the TOU. The GNPTDU has not been cooperative with the mother Union, GTPCWU on this matter and has stalled the discussions.

As a result of the standoff, the Authority wrote to the Minister for Employment and Labour Relations to intervene. The issue is currently before the Chief Labor Officer for a resolution.

5. COVID – 19 Fund – The NPA has no jurisdiction as to who in the Petroleum industry receives COVID19 funding. We believe that this is a matter the Union should take up with their employers which in this respect are the Tanker Owners.

Whilst it is not our intention to engage stakeholders in the downstream industry in a banter of words, we believe the appropriate media should be used to seek redress for whatever concerns they may have.

Accordingly, the NPA wishes to extend an invitation to the Union and GTPCWU for a meeting to deliberate on the concerns raised by the Union.