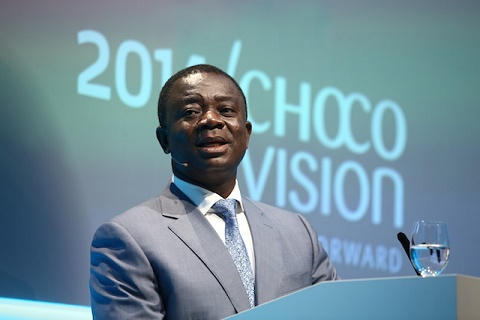 Former CEO of COCOBOD, Dr Stephen Kwabena Opuni, and businessman, Seidu Agongo, have filed a notice of appeal at the Court of Appeal against the Accra High Courtâ€™s ruling dismissing their submissions of no case.

They have subsequently filed an application for stay of proceedings seeking to put their trial on hold until the final determination of appeal.

The Court , presided over by Justice Clemence Honyenuga, a Justice of the Supreme Court sitting as a High Court judge, will hear the motion for stay of proceedings on May 26, this year

Dr Opuni and Agongo, the CEO of Agricult Ghana Limited, are on trial for allegedly engaging in illegalities in a series of fertiliser transactions which the Attorney-General (A-G) says caused a financial loss of GHÂ¢271.3 million to the state.

After the prosecution closed its case , the accused persons decided to exercise their rights by filing a submission of no case under Section 173 of the Criminal and Other Offences (Procedure) Act, 1960 (Act 30).

In a ruling on May 7, this year, the court dismissed the application for submission of no case with regard to 24 out of the 27 charges.

According to Justice Honyenuga, the prosecution was able to establish a prima facie case in relation to the 24 charges.

â€œI am convinced that the prosecution having made a prima facie case against the accused persons, they must be called upon to open their defence,â€ Justice Honyenuga ruled.

The 24 charges on which the accused persons were ordered to open their defences bordered on willfully causing financial loss to the state, defrauding by false pretence, contravention of procurement laws, corruption of a public officer and manufacturing fertiliser without registration.

The court, however, acquitted and discharged Agongo on three separate counts which relate to money laundering.

Dr Opuni was the CEO of the COCOBOD between November 2013 and January 2017, while Agongo is the CEO of Agricult Ghana Limited, an agrochemicals company.

Agongo is alleged to have used fraudulent means to sell substandard fertiliser to COCOBOD for onward distribution to cocoa farmers, while Dr Opuni is accused of facilitating the act by allowing Agongoâ€™s products not to be tested and certified as required by law.

The two accused persons have pleaded not guilty to all the charges, and are on self-recognisance bail in the sum of GHÂ¢300,000 each.