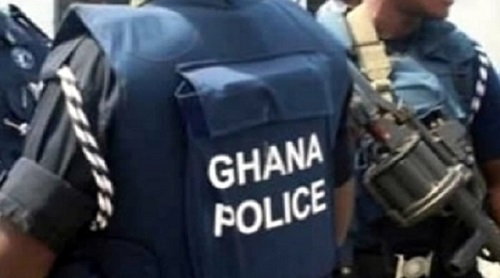 There is a heavy police presence at Pai Katanga in the Oti Region as death toll rises to four after gunmen shot some persons in the area at a funeral grounds.

Two others are still in critical condition at the Worawora Government Hospital.

There has been a reported protracted chieftaincy dispute between two factions in the community, it erupted ones more when the Paramount chief Nana Bediakko II performed the funeral rites of one of the late chiefs in the area.

Superintendent Samuel Aboagye of the Dambai Police Command said they have increased police presence in the area to maintain law and order.

"We've increased our presence in the environment where the incident happened as well as the entire Pai Katanga township, we are assuring the general public and the community we will ensure that law and order prevail in the town."

Over the weekend, gunmen were said to have shot six persons, leaving the other three in critical condition at the Worawora Government Hospital.

So far, the single barrel- gun which was used in committing the crime has been recovered and is currently in the possession of the police.

Superintendent Samuel Aboagye of the Dambai Police Command who confirmed the incident however assured that the situation is under control.

“There has been a shooting incident in Katanga, in a particular area not the whole of Kananga, it is in a particular area, where certain people were targeted and they were shot and killed. As we speak, we were able to convey three people to Worawora Government Hospital and the extra three were brought. So, three people were injured. So far at the Worawora Government Hospital three have been confirmed dead. Three are still receiving treatment at the government hospital.”

“We have had some names that we suspect are the ones who committed this heinous crime and we are on their heels. We have alerted our informants and we will ensure that they are brought to book. We are however assuring the entire community that we are making every effort to ensure that those who committed this heinous crime are brought to book,” Supt. Samuel Aboagye added.