Parked ambulances will be distributed in Jan. 2020 - Ministry of Special Development Initiatives assures 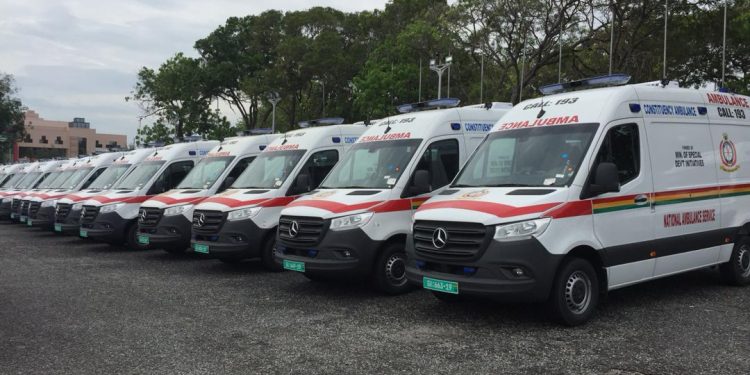 The Ministry of Special Development Initiatives has given an assurance that the over 40 ambulances parked in front of the State House will be released in January 2020.

Their assurance comes on the back of calls by the Minority side on Parliament’s Health Committee for the immediate release of the ambulances at the State House.

“We are putting in place the structures that would ensure the ambulances are properly managed. And as I speak to you now the processes are on-going. And there are plans on the ground that we have put in place. The distribution can be possible only after we have put everything in place and that will be in January 2020,” he said.

Government procured over 40 ambulances in September this year and is awaiting another set which will be shared to all 275 constituencies in the country.

The Minority in Parliament yesterday gave the government a three-day ultimatum to distribute over 40 ambulances parked at the forecourt of Parliament.

The Minority ranking member on the Health committee Kwabena Mintah Akandoh argued that Ghanaians are losing their lives due to the lack of ambulance services in the country.

He added that if not done, the Minority will make sure the Health Minister Kwaku Agyeman-Manu, is summoned to the House to answer questions on why these ambulances are not been used.