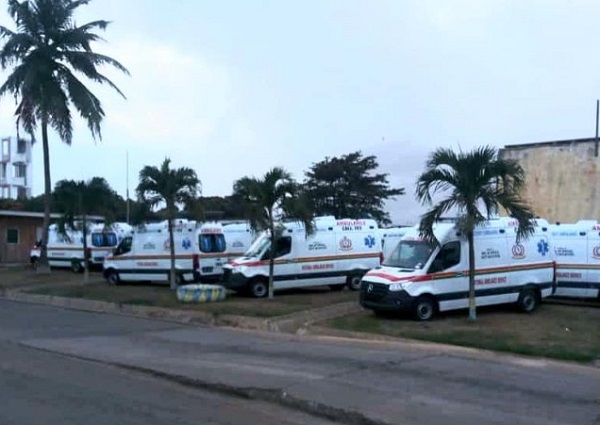 The Minority in Parliament has given the government a three-day ultimatum to distribute over 40 ambulances parked at the forecourt of Parliament.

The Minority ranking member on the Health committee Kwabena Mintah Akandoh argued that Ghanaians are losing their lives due to the lack of ambulance services in the country.

He says over 40 ambulances have been procured by the government under the 1 Constituency 1 Million policy and yet they are not been used.

According to him, this shows that the government is not prioritizing the health sector. He said he wants the government to quickly distribute all these ambulances within three days.

He said it will help save some lives even though more ambulances will be needed.

He added that if not done, the Minority will make sure the Health Minister Kwaku Agyeman-Manu, is summoned to the House to answer questions on why these ambulances are not been used.

The government took delivery of the 48 ambulances in September, they are expected to have at least 275 fully installed ambulances to be distributed across the country’s 275 constituencies.

The beneficiary institutions were the Osu Government Maternity Home, the Sakumono Community Hospital, the Valley View University Hospital and the Rebecca Akufo-Addo Paediatric and Intensive Care Unit (PICU) at the Korle Bu Teaching Hospital, all in the Greater Accra Region.