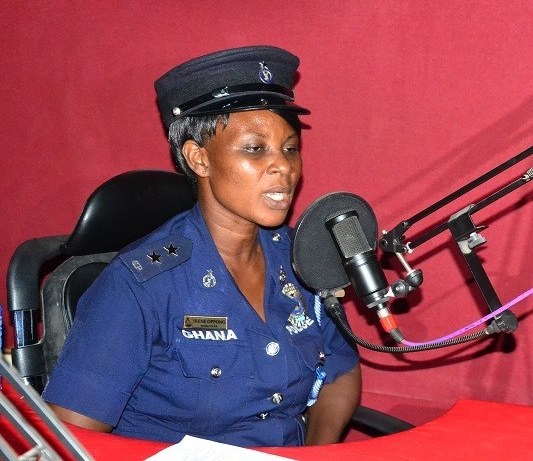 The Ghana Police Service has announced a GH¢10,000 reward to any person who will provide credible information to lead to the arrest of the perpetrators involved in the shooting and killing a Police officer at Mankessim in the Central Region.

The incident is said to have happened at about 4 am on Wednesday when the police officer had gone jogging.

The suspected robbers had earlier stormed the Zen filling station on the Mankessim-Assin Fosu road and robbed the facility at around 1:30 am.

The police managed to foil the operation of the robbers after heated gun exchanges. Two of the suspected robbers were injured and they retreated into a nearby plantation.

This was contained in a statement released in Cape-Coast today and signed by the Central Regional Police Public Relations Officer, Deputy Superintendent of Police, Irene Serwaa Oppong. 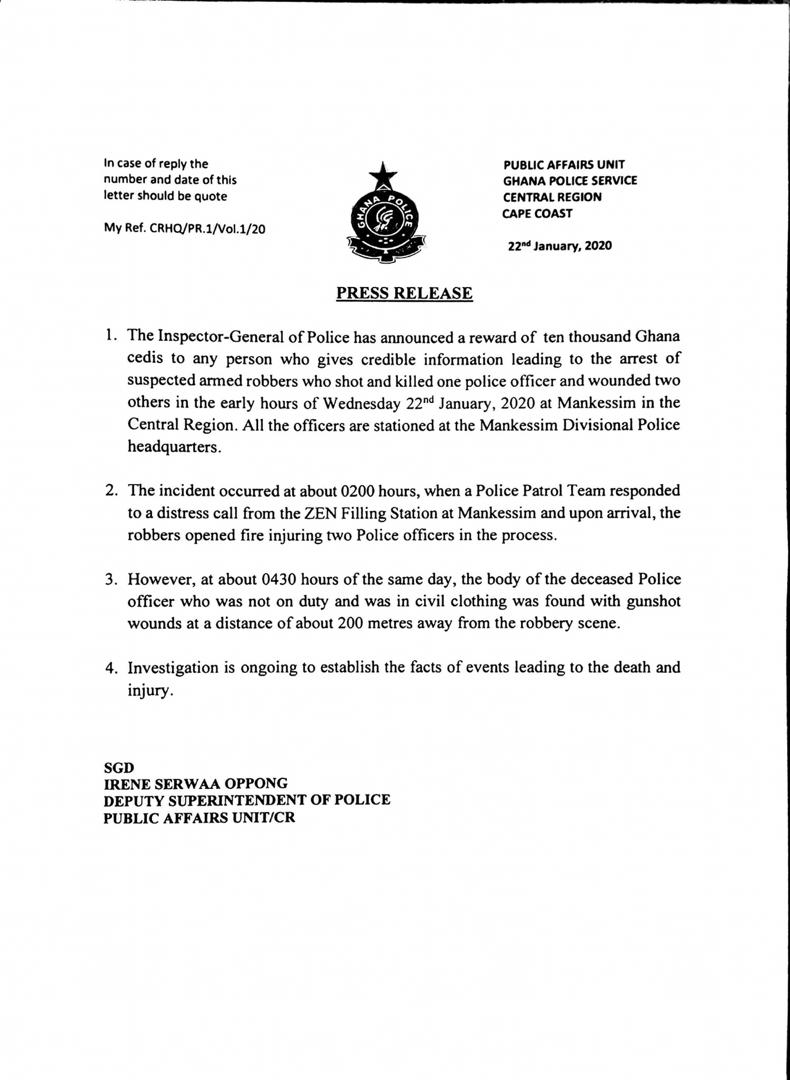