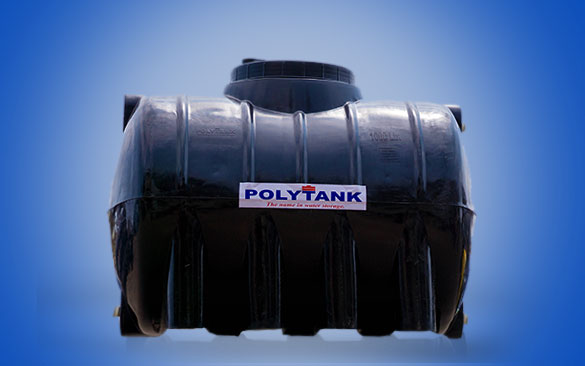 Cecilia Dapaah, the Sanitation Minister has disclosed that government plans on placing Polytanks at some vantage points in cities and villages to allow people have access to water.

This follows the government's plan to absorb the water bills of Ghanaians for the next 3 months.

There were calls from some people that they will not be able to enjoy this 'free' water directive because they do not have access to pipes.

During a press briefing today at the Ministry of Information, she revealed that Polytanks as well water tankers will be available to supply the needs of the masses.

â€œWe are going to place Polytanks at some places in the cities and in the villages as well, water takers will also go round so people will have access to water without stress. We also encourage the judicious use of water. There is a Whatsapp going round with a grown man lying in a bowl with running water, letâ€™s cut some of these expensive jokes, the president knows the importance of water in this crucial time, we need water to wash our hands.â€.â€

She added that the volumes consumed by all households will be sent via text so people become aware.

Ghanaâ€™s total case count for COVID-19 jumped to 287 on Monday after the country recorded 73 more cases, the Ghana Health Service has announced.

The GHS stated that the cases were detected following measures for enhanced contact tracing and testing.

So far a total of 287 cases of COVID-19 with five (5) deaths have been recorded. The regional distribution of the cases are as follows: Greater Accra Region has most cases (258) followed by the Ashanti Region (18), Northern Region (10), Upper West Region (1), Eastern Region (1) and Upper East Region (1).

A total of 172 cases were reported from the routine and enhanced surveillance activities and those from travellers under mandatory quarantine in both Accra and Tamale are 115.

The period for mandatory quarantine for travellers who arrived 21-22 March 2020 has ended. In all, a total 1,030 travellers were quarantined during the period. Out of these, 79 (7.7%) were positive during the initial testing whilst 951 were negative.

Twenty-six (26) among those that were initially negative were found to have converted to be positive at the exit screening, bringing to a total of 105 which constitutes 10.2% among the travellers that were quarantined.