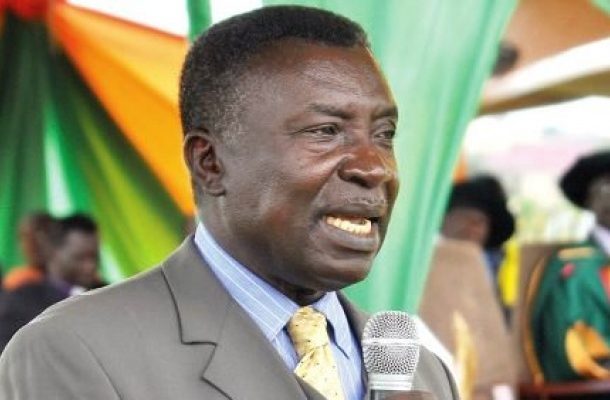 The Former Lands and Natural Resources Minister,Alhaji Insah Fuseini is accusing the Environment Minister who doubles as the Chairman of the Inter-Ministerial Committee on Illegal Mining Professor Frimpong Boateng of fraudulent breaches of trust.

This follows a viral video in circulation of which a voice purported to be that of Professor Frimpong Boateng was discussing concessions of mining sites to cronies to the governing party.

Commenting on the development in an interview on Starr FM, former Minister of Lands and Natural Resources, Alhaji Inusah Fuseini said the Minister's action is a fraudulent breach of trust, that is unacceptable and that ought to be condemned.

''I had seen the video three weeks ago but didn't want to be the first person to comment on it. This is a fraudulent breach of trust. The Minister and the members of the Interministerial taskforce are occupying positions of trust. The public positions they are occupying are positions that are maintained by the people of this country through the payment of their taxes''.

''They have sworn to discharge their duties fairly and in a manner that does not prejudice or in any way compromise their integrity or the integrity of their offices. It has come out clearly that the Minister of Environment who should have had special interest in protecting the Environment was part of a network of fraudsters who took away equipment that had been seized and confiscated for their own personal benefits. The tape making rounds has dented his image and bruised , destroyed the little integrity that he has that it will be in his interest to safeguard the little integrity left be simply resigning.''

READ ALSO: We will get to the bottom of missing excavators saga - Police CID

Mr Fuseini also said that the Inter-Ministerial Committee on Illegal Mining (IMCIM) was set up to provide some persons with cover and legitimacy to continue to engage in illegal small scale mining.

He further indicated that : ''this is the appropriate time to call on the President if he is minded to show any leadership at all in this country to institute an investigation to the disappearance of the excavators''.

However, the former Minister has earlier stated that the Environment Minister who doubles as the Chairman of the InterMinisterial Committee on illegal Mining must institute investigations into the disappearance of the excavators and that if he refuses to do so, the President must take it up since he has the executive authority to investigate the issue.

Currently, six persons including the suspended Central Regional Vice-Chair, Ekow Ewusi are being investigated for some missing excavators that were seized by Operation Vanguard.

However, the video has also raised serious concerns about the country's anti-galamsey fight and the commitment of officials who were put in positions to deal with the menace.