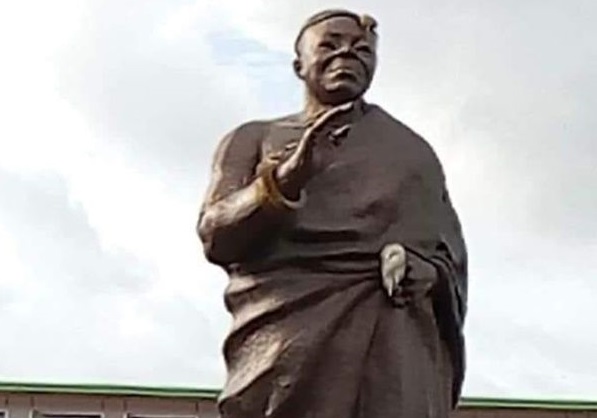 Members of the Kumasi Youth Association (KuYA) have said they will petition the Manhyia Palace over the erected statue of Asantehene Otumfuo Osei Tutu II positioned inside the multi-million-dollar Kumasi Kejetia Redevelopment project.

The association wants the palace to summon the sculptor and force him to pull down the statue and put up a more befitting one.

The General Secretary of the Association, Kwabena Frimpong told Kumasi 104.1FM on Monday, 6 May 2019 that the statue, does not resemble the Asante monarch.

Mr Frimpong told show host Akwesi Agudey that the association has also taken note of several public concerns and numerous calls for the statue to be pulled down. 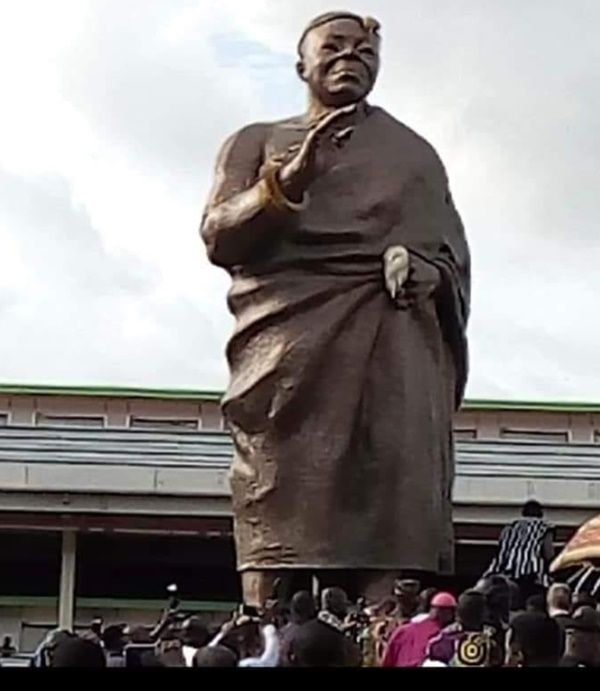 He said KuYA has given the contractor some time to pull down the statue and put up a more complimentary one or they will petition the Manhyia Palace to force the downing of the statue.

The statue was unveiled by President Nana Akufo-Addo and Otumfuo Osei Tutu II on Thursday, 2 May 2019.

The statue has become the toast of social media trolls.

It was erected by the Sculpture Department of the Kwame Nkrumah University of Science and Technology (KNUST) and supervised by the Municipal Chief Executive for Suame, Dr. John Osei Bobie.