Road Ministry announces policy to use concrete for road construction 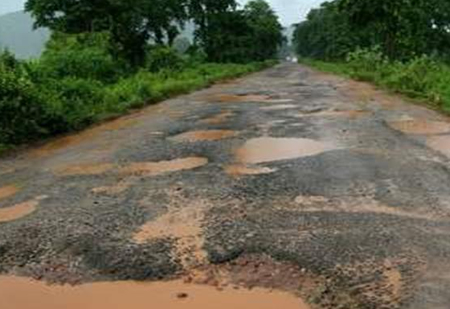 The Ministry of Roads and Highways has announced a policy to start using concrete in constructing roads in the country.

Anthony Karbo, Deputy Minister for Roads and Highways said the feasibility study on the lifespan of roads in Ghana has shown that those made with concrete last longer than bitumen hence the adoption of the policy.

Road network has been one of the major problems in the country, most communities are not well connected to the urban centres especially the farming communities.

This has on many occasions resulted in demonstrations by some citizens even some roads constructed do not also last longer.

With months of construction, they develop potholes which has called to question the quality of work and supervision by responsible institutions.

Speaking to the media after inspecting some roads constructed with concrete in Tema, the Deputy Minister said they will encourage contractors to use concrete for the construction of roads in the country.

He explained that two road projects under construction will be used as a pilot project for the decision to use concrete for road constructions.

"....as we speak currently we have two major pilot concrete roads ongoing and this year has also been declared the year of roads.."

Anthony Karbo disclosed that the usage of concrete will not be part of the road mix of the ministry.

"And that is why we have come up through the support and through the initiative of the Vice President. Concrete roads are going to be part of road mix of the Ministry of the Roads and Highways.."