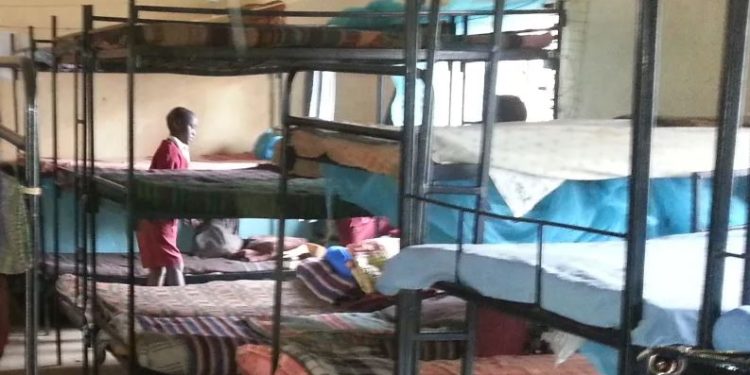 Authorities at Tolon Senior High School have temporarily closed down the school following a fire outbreak earlier Thursday, May 19.

The fire razed down the entire girls’ dormitory block.

According to the headmaster of the school, Amadu Issifu, the decision to close down the school is to allow them put together a temporary accommodation for affected students.

The fire is said to have started around 9:00am Thursday. The first floor of the girls dormitory was completely ravaged by fire.

It took the intervention of the Ghana National Fire Service (GNFS) in the Tolon District to bring the fire under control.

Though the cause of fire is yet to be established, preliminary investigations by officials of the Fire Service revealed it could be an electrical fault.

Chop boxes, school uniforms and other valuables of the students were destroyed with the girls left traumatized.

Some of them expressed their frustrations. The school shutdown will be for one week.

Meanwhile, the District Chief Executive (DCE) for Tolon, Fuseini Salifu Issifu said the National Disaster Management Organisation (NADMO) will have to intervene to give some support to the students.