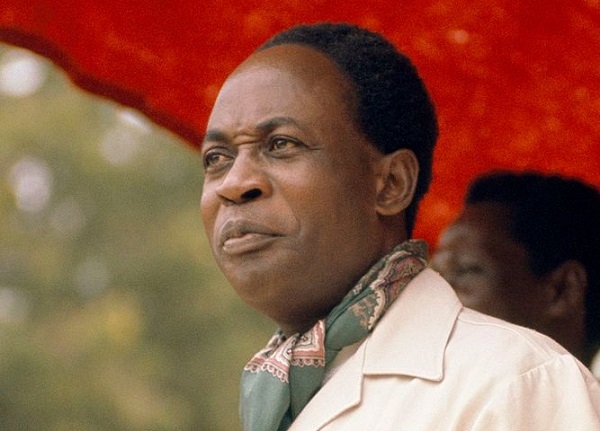 Ministry of Interior has released a statement declaring Wednesday, September 21, 2022, as a public holiday in memory of the late Dr Kwame Nkrumah.

A statement issued by the Ministry urged all residents in the country to observe the day as such across the country.

“The general public is hereby informed that Wednesday, September 21, which marks Kwame Nkrumah Memorial Day, is a Statutory Public Holiday and should be observed as such throughout the country,” a statement on the Ministry’s website said.

Born on September 21, 1909, in Nkroful in the Western Region, the politician, political activist and revolutionary became Ghana's first Prime Minister, first President and a great icon in the political world.

Dr Kwame Nkrumah was the founder of the Conventions Peoples Party (CPP) which is currently the oldest political party in Ghana.

Nkrumah initiated many policies in his term of office that the country still benefits from.

He also contributed a great deal in terms of infrastructural development in the country. 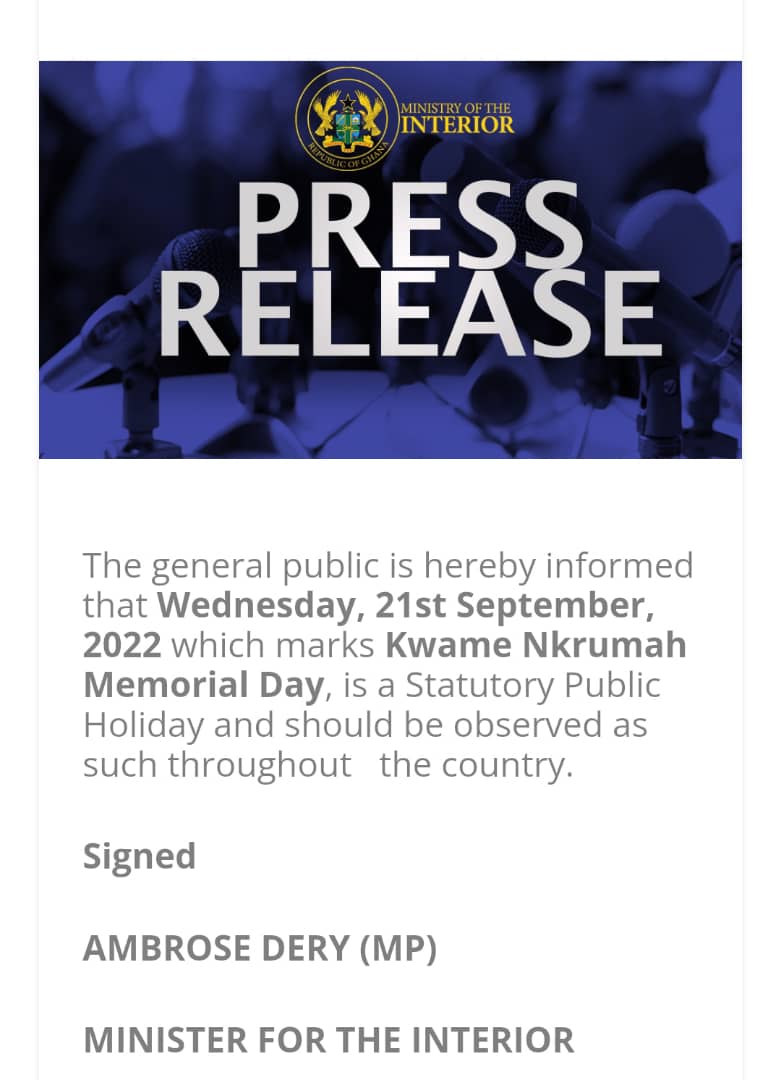