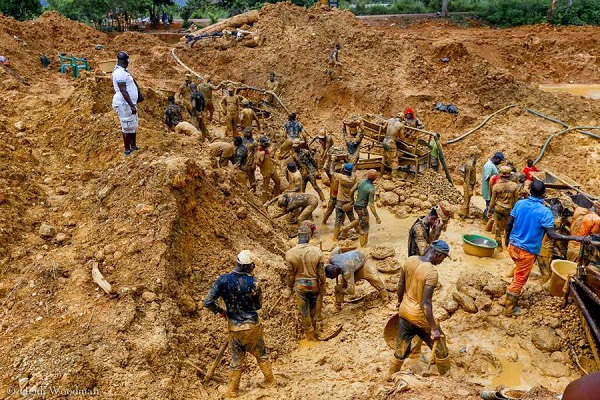 Dr Okoe Boye's comments come after a report that some military officers have been offering protection to illegal miners at the Manso community in the Ashanti Region.

READ ALSO: Our fight against illegal mining is having an impact on climate change - Prez. Akufo-Addo

Luv FM’s Erastus Asare Donkor, in his report on illegal mining popularly known as ‘galamsey’, cited some 30 security personnel who prevented the media and the Ministry of Environment’s Sustainability Taskforce from probing into illegal activities in Manso.

Speaking to Samson Lardy Anyenini, Saturday, Dr Okoe Boye said the President has shown his commitment to fighting the menace but someone along the chain is not helping matters.

"I don't discount the thoughts that someone along the chain or way is frustrating the efforts of President to tackle galamsey. Bottom line is he is still committed to fighting this and we have to find those who are against it. We had a meeting with the President and said some voted against him because of how he tackled the issue but he was not going to give up because he can't allow our water bodies and forest to be destroyed."

Meanwhile, The Ghana Armed Forces (GAF) has launched investigations into reports that some of its members have been protecting illegal miners degrading the forest of Manso in the Ashanti region.

“Accordingly, a full-scale investigation has commenced into the allegations and appropriate sanctions will be handed out to any person(s) found culpable,” the statement indicated.