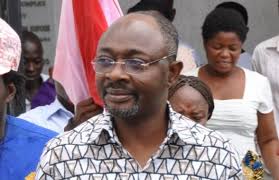 The Supreme Court has today, Tuesday, October 13, 2020, dismissed a suit filed by businessman Alfred Agbesi Woyome seeking to set aside the sale of his properties by the state.

Mr. Woyome filed his case arguing that the state’s purchase of his properties was not done in accordance with the law.

According to him, there were some underhand dealings which he believed were the basis for the transaction to be declared null and void.

Alfred Woyome further revealed that he owns land in the Volta region worth $15.5 million, an amount which was far in excess of the debt he owes the state and prayed the court to replace the land with his properties.

The judges dismissed the case explaining that the suit lacked merit.

In July 2014, the Supreme Court ordered Mr. Woyome to refund GHS51.2 million to the state on the basis that the manner in which he obtained the money was unconstitutional.

The payment concerning contracts between the state and Waterville Holdings Limited in the construction of stadia for the 2008 African Cup of Nations held in Ghana.

The Supreme Court gave the Attorney General permission to sell properties belonging to Mr. Woyome to offset part of the GHS47 million he owes the state.

Following delays in retrieving the money, the Supreme Court judges unanimously granted the Attorney-General clearance to execute the court’s judgment ordering Mr. Woyome to refund the cash to the state.

The ruling followed claims made by the Receivers of defunct UT Bank that some of the properties identified by the State for sale were theirs.

According to the lawyers of the defunct UT Bank, Mr. Woyome used the said properties as collateral for loans at the bank which he failed to pay back.