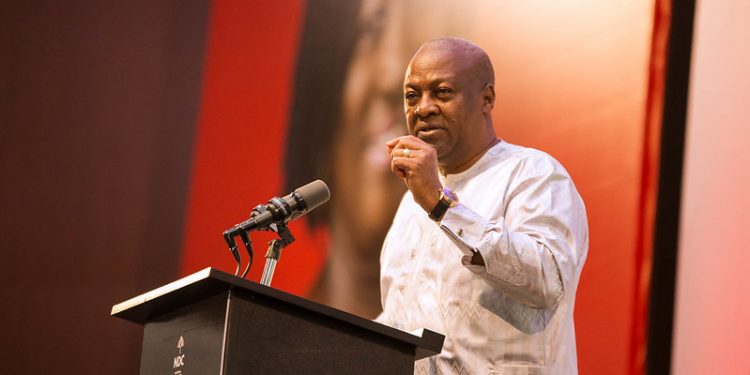 The 2020 Election petition will be televised after the Supreme Court granted John Mahama's request for a live broadcast.

John Mahama through his lawyers made the request which has now been granted.

This, according to the petitioners, is in the interest of fairness as was done during the 2012 election petition.

The request was granted at the first hearing of the election petition Thursday.

The Supreme Court has, begun the hearing of the election petition filed by John Mahama.

Mr Mahama is praying the to order a rerun of December 7, 2020, election between himself and President Akufo-Addo.

Mr Mahama argues that neither or President Akufo-Addo named as 2nd Respondent, being the two leading candidates obtained more than 50 per cent of the valid votes cast per the results declared by Jean Mensa, the EC Chairperson on 9 December.

Mahama argues further that if that 9 December Declaration which was based on wrong results and a wrong calculation of the then outstanding Techiman South Results were considered, then there was no winner, thereby necessitating a rerun.

Mahama and his lawyers filed the suit last year and in short are asking the court to annul the Declaration of 9 December as unconstitutional and further that all subsequent amendments by the EC, to the extent that those amendments were announced without a prior re-collation in the presence of the agents of the candidates as required by Constitutional Instrument (C.I.) 127, but were thrust on the people of Ghana via unsigned press statements are null and void and of no effect whatsoever.

Meanwhile, President Akufo-Addo through his lawyers has asked the court to dismiss Mahama's election suit.

He stated that more than 38 thousand polling station results witnessed by the general public and international observers attest to his win.

Akufo-Addo has already been sworn in as President and has begun his second term.

During his speech after the swearing-in, he praised Mahama for choosing a legal path to get his grievances resolved.