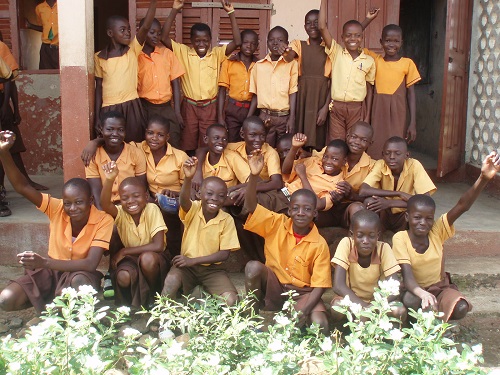 Basic School pupils across the country have called on faith-based organisations to ensure that Politicians and all Public Officials swear an oath of integrity before or during their tenure in office, as a sign of commitment towards the fight against corruption.

Consequently, the “Faith in Ghana Alliance”, a grouping of religious organisations are asking politicians and public office holders to commit themselves to swearing the oath of integrity.

At a media briefing in Accra, the Coordinator of the “Faith in Ghana Alliance’, Zan Akologo said the move will ensure that religious leaders hold political figures accountable to an honest life in Public Service.

Mr. Akologo, who is also the Executive Secretary of Caritas Ghana, said when Faith leaders take up the challenge, they would be contributing to building a new cadre of anti-corruption Ambassadors in Ghana's public service.

Mr. Muhammed Affum, a Representative of Alhaji Ahmad Anderson, Deputy Ameer of the Ahmadiyya Muslim Mission in Ghana, said there was the need to adopt different ways to tackle the various forms of corruption in the country.

Mr. Affum said the latest attempt by the faith-based organisations to implement the I-SHAME Corruption in Ghana would yield positive results in reducing corruption, as new young Ambassadors were been trained to promote integrity in all facets of life.

He said there is too much impunity in the country, which has made corruption more lucrative due to the absence of measures to make corruption a high-risk business to deter people from indulging in it.

Rev Emmanuel Barrigah, General Secretary of the Ghana Pentecostal and Charismatic Council, urged Preachers to shift the focus away from prosperity messages to evangelistic messages.

He said corruption was a matter of the heart, adding that if hearts of the many Christians were fully transformed, it would be difficult for corruption to thrive in the country.

Oath of Integrity
This is the first public declaration by office holders of their intent to abide by a higher code of conduct than the general public.