Takoradi Kidnapping : Why is the IGP silent over missing girls ? - Joseph Yamin 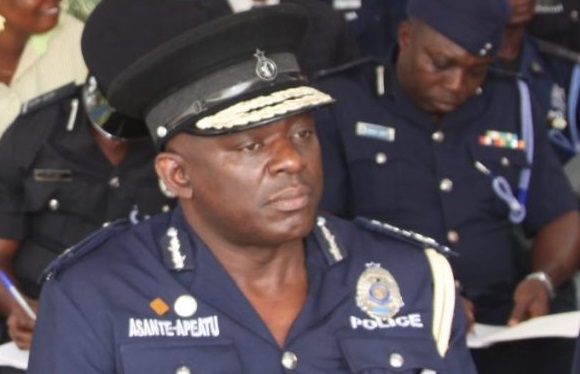 Takoradi Kidnapping : Why is the IGP silent over missing girls ? - Joseph Yamin
Shares

The former deputy Ashanti Regional Minister, Joseph Yamin has questioned why the Inspector General of Police, IGP David Asante Apeatu has been silent over the kidnapped Takoradi girls.

According to him, the issue of the missing girls is not exclusive to the IGP, since its a national issue it demands full support of the police service. He also stated that the barrage of attacks on the Director-General of the Criminal Investigation Department (CID), COP Maame Yaa Tiwaa Addo-Danquah over the three missing Takoradi girls is uncalled for.

In an interview with MyNewsGh, the Former Deputy Ashanti Regional Minister said the issue on the missing Takoradi girls is a national issue and requires the full support of the police service.

“Why are people not asking questions from the IGP and why is the IGP silent, because I can’t remember the last time I heard anything from him on this matter; this matter is not exclusive to the CID, it’s a national issue that demands the full strength of the police force”, he stated.

Mr Yamin also believes  “all anger and pressure” must be directed towards the Inspector General of Police, Mr David Asante Apeatu “he needs to be removed or to be sacked, in fact, he has failed as the head of the police service”.

He also asserted that President Akufo Addo who happens to be the head of National Security has not shown any commitment in finding the girls but rather Ghanaians are piling pressure on the CID boss, COP Maame Yaa Tiwaa Addo-Danquah.

“I have even gone far to say that Nana Addo Dankwa Akufo Addo should even resign on this issue, because he being the head of National Security has remained silent on the matter and has not shown any commitment towards finding the girls and he’s also sitting down”, quizzing why “nobody is talking about it and putting all the pressure on the woman”.

The former Deputy Sports Minister maintains, “the head of the police service must take all the blame because he has failed and should either humbly resign himself or be sacked by the President”.

“In fact the President should sack himself first before sacking the IGP because they have both failed on this matter; why are they unable to produce the girls, if they have been able to arrest the kidnapper, so all that you need is to be able to interrogate the kidnapper to tell you the whereabouts of the girls and mass up to and bring them, then we don’t know what we are doing”.

Many Ghanaians have asked the CID boss to resign, following a comment she made at a press conference saying  “we know where the girls are” and making a sharp turn two months later that the assurance was only to “give hope” to the police in its quest to find the girls.

However, Joseph Yammin believes that the CID Boss must be left alone and the pressure for resignation turned on the IGP if any official has to lose their job over this matter.

READ ALSO: Takoradi kidnapping - My comment was to give hope to families-CID boss