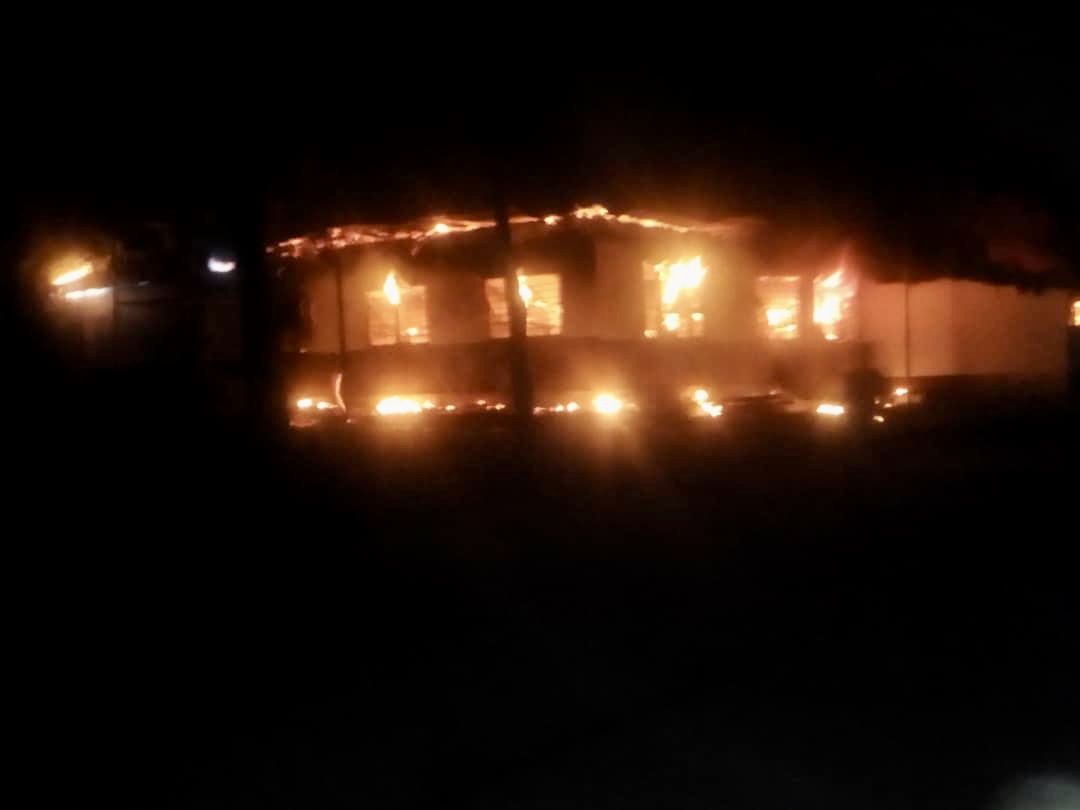 Some parents who have their wards at the Accra Academy Senior High School are worried after the school recorded another fire outbreak.

Tuesday night's fire incident is similar to the one that occurred a few weeks ago at the same place.

The fire incident occurred at the Alema Hall and had students running for their lives.

Two fire tenders responded to the distress call and fire personnel battled the fire for hours until putting it out.

An eyewitness narrating the incident said "I was walking around then I saw thick smoke coming from Accra Academy, we rushed to the scene and saw the students running from their dormitory, a fire vehicle came but they told us it was empty, so the second one came and they managed to put out the fire,"

A parent whose ward is a student at the school says the lives of their children are at risk and that makes her restless.

"We are restless, it happened not long ago and now we have seen another one, the lives of our children are at risk".

On January 15, 2020 portions of one of the school's dormitories was gutted by fire.

The fire engulfed parts of some dormitories – Alema and Halm Addo halls – while the students were in their classrooms during prep time.