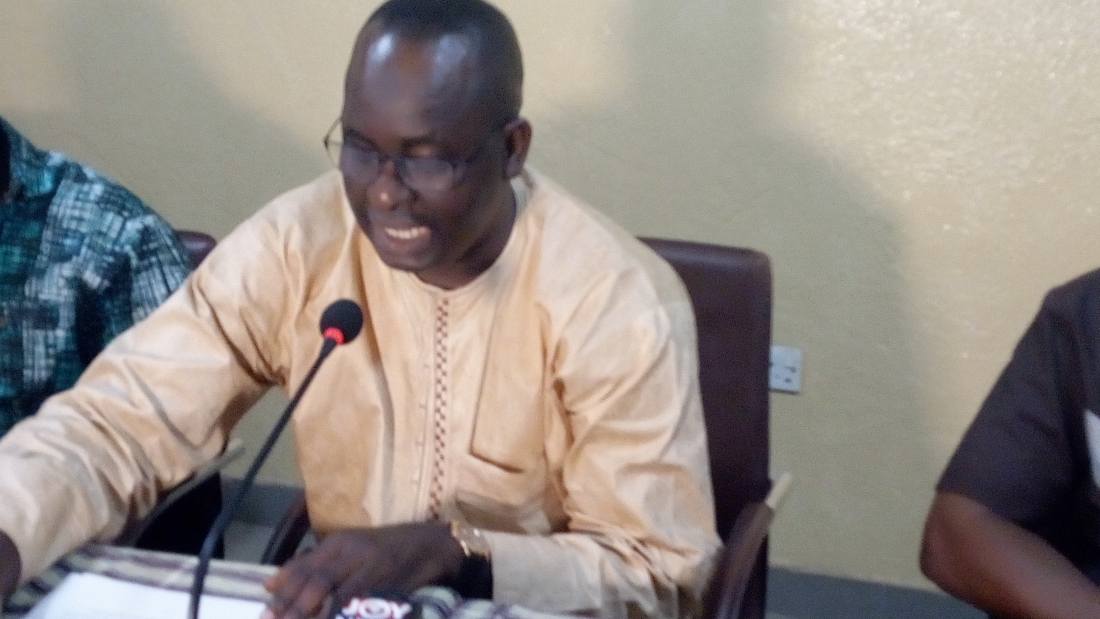 According to Dr Sailh, the government is taking proactive measures to ensure that peace in the country at large is not disturbed.

The Northern Regional Security Council, REGSEC earlier today held a meeting with the Regional Minister, clergy and other authorities to curtail insecurity of residents in the area and find proactive measures in curbing insecurity

Commenting on the development, Mr Hafiz Salih speaking on Joy FM indicated that inhabitants of Hamile in the Upper West Region are safe.

''Hamile is safe and we have put measures to ensure that the safety and security of our people is guaranteed. We know that the clergy plays an important role and in matters of security, individuals must be told how to conduct themselves that was why we had a lengthy meeting with religious leaders so that we will use them to inform members of the general public about the security situation in the Upper West region. They will also assist in sensitizing and educating the general public the general public''.

He also said the religious leaders made it known at the meeting that the police should train some people to detect persons who may have ulterior motives to distort peace and security in the area.

A Burkinabe has been arrested in the Upper West Region after police found a loaded handgun on him.

This arrest comes on the back of recent attacks in of some Catholic Churches in Burkina Faso. Four persons were killed in an attack on a Catholic church in northern Burkina Faso late in May, marking the latest in a string of assaults on Christian places of worship.

There were earlier fears that these attacks on churches could find its way to Ghana as some Burkinabes have migrated to the northern parts of the country.

DSP Richard Dapilah who is the Crime officer of the Jirapa municipal police command says communities like Hamile were wary of terror threats following recent trends.

Meanwhile, security agencies in the country last week met with the leadership of the Christian community to discuss how to enhance security at the various churches in the wake of the concerns.