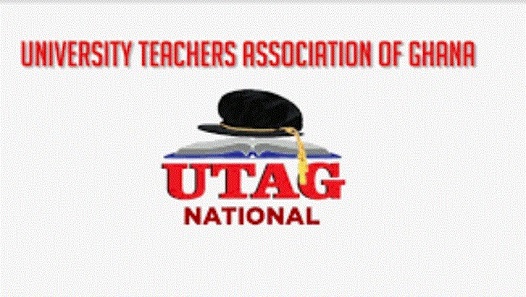 The University Teachers’ Association (UTAG) of Ghana has suspended its strike with immediate effect.

UTAG and three labour unions in October declared a strike to among others compel the government to settle their outstanding online teaching support allowance (OTSA) and non-payroll allowances.

The unions were also asking the government to settle the payment of the book and research allowance for 2022 and implement the agreement reached in March on the implementation of the market premium or review the Single Spine Salary Structure in 2023.

A release sighted by Primnews said "they have agreed a roadmap for the payment of “all outstanding arrears” due them.

The release added that an assurance has been given on other matters of concern to their members.

“At a meeting held on Thursday, 8th December 2022, the Employer accepted that it had unilaterally varied the conditions of service of staff of public universities without recourse to them.

“The Labour Unions then agreed to a roadmap for the payment of all outstanding arrears resulting from the unilateral variation of the Off-Campus and Vehicle Maintenance Allowances.

“In addition, the Employer assured the Labour Unions to resolve all outstanding issues related to the conditions of service of the aggrieved Labour Unions. Thus, we wish to announce that the ongoing industrial action is suspended with immediate effect,” excerpts of the statement stated. 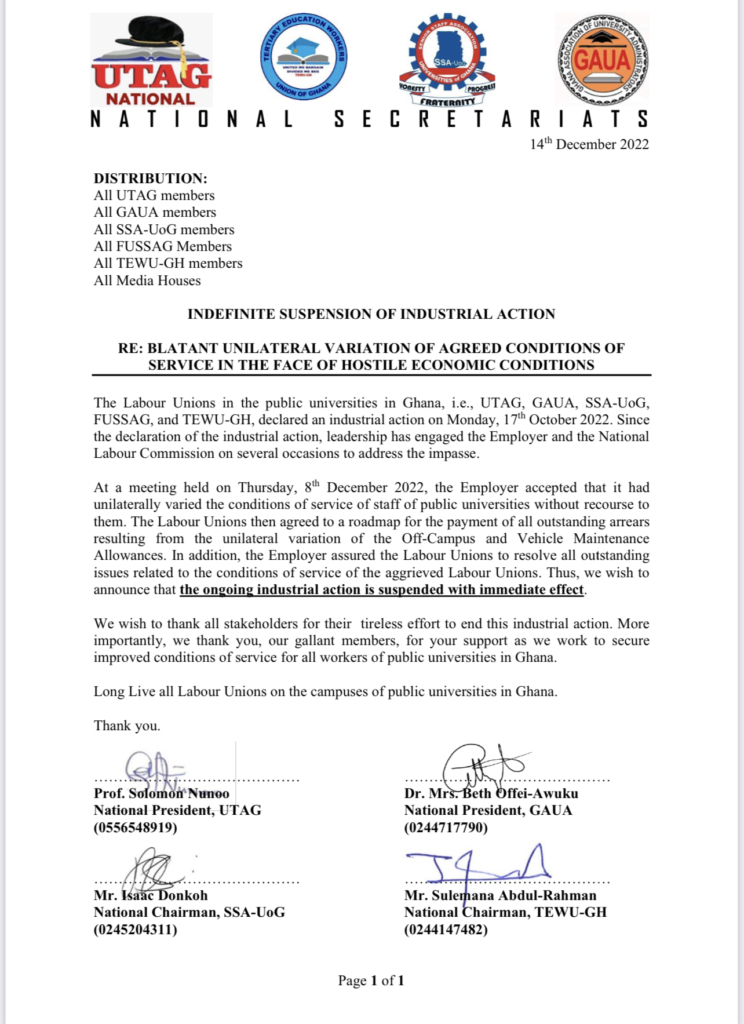