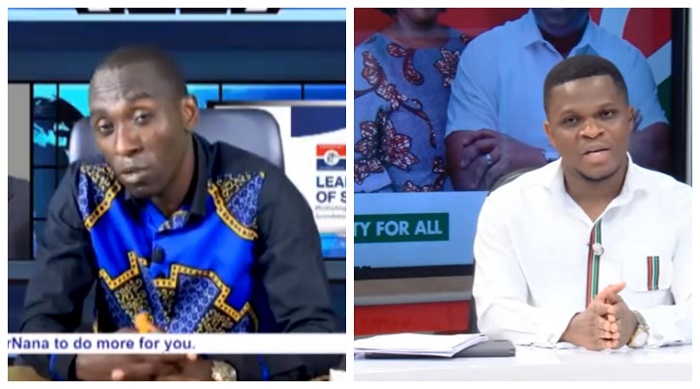 The management of United Television, UTV have suspended the airing of programs by the National Democratic Congress (NDC) and New Patriotic Party (NPP).

The shows 'Nokw3r3 Mmr3' by NDC and 'Asempa Y3 Tia by NPP will not be airing again.

Both shows started recently and it was meant to help both parties drum home their policies they have for Ghanaians as election 2020 beckons.

However, the programs according to the UTV management took a different turn and has landed the station in some legal battles.

In a release by UTV portions read: "The unfortunate decision has been taken due to the numerous allegations and legal actions the station has faced with and subsequent settlements it has entered into which emanated from the airing of the programs".

Below is the full release 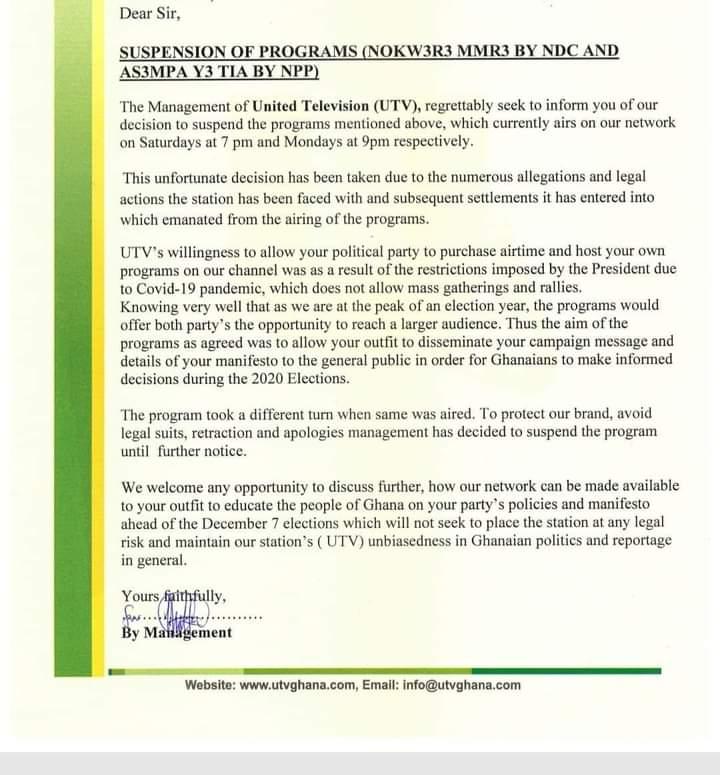