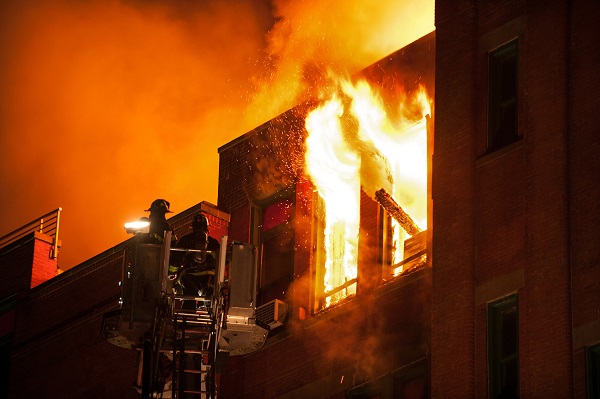 Some offices of the Ghana Immigration Service at the Elubo border in the Western Region have been destroyed by fire.

Narrating what led to the fire, an officer at the Elubo border Gifty Oppong there was some power fluctuations for a short while prior to the fire.

She explained, although some offices were completely burnt, the Fire Service upon arrival managed to save the situation.

"...Our light started going on and off for three times and on the third time the light went off completely and within ten minutes time we saw smoke coming from our server that is our switch and when we saw the fire we quickly moved to the place and when got there then the fire catches and we quickly called the Fire Service and in fact when we called them they responded to our call and they came to help", she narrated.

She also disclosed that 2IC's residence in addition to an office where important pieces of information were being kept were all destroyed.

"The fire affected our staff office where our 2IC stay, this is where we keep all our information. Most of our information has been destroyed", she stated. The Fire Service Personnel were able to put-off the fire which was burning our Arrival Counter and Departure but unfortunately, our Narcotic office was burnt".