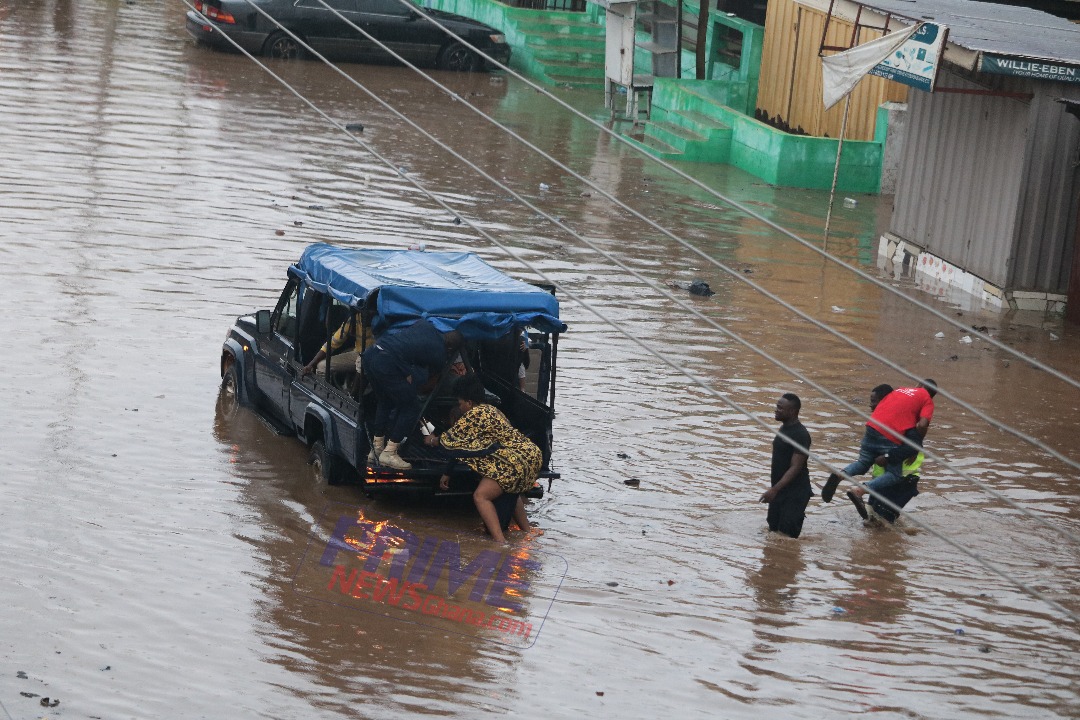 The company dredging the Odaw River, Dredge Masters says dredging done recently has significantly reduced the level of flooding experienced on Wednesday, May 29 2019.

Parts of Accra including Asylum down, Kwame Nkrumah Circle, Adabraka, Kaneshie among other areas flooded. The Ghana Police Service intervened to rescue residents of Asylum down who were trapped by the flood to a safe place. Cars were not left out as the water almost covered them on the roads.

Speaking on Starr FM, the Operations Manager of Dredge Masters, Sena Adiepena said the heavy downpour could have been worse if the dredging did not take place and added that the dredging has minimized the level of flooding.

''What we did has significantly reduced the level of flooding. If not for what we did, the level taken up would have water in its place overflowing. We are happy with work done so far''.

''When it rained we were on the grounds to inspect and we heard that there was quite a number of flooding. It wasn't an isolating case which was just along the Odaw but it was all over right from Tetteh Quashie, it overflowed its banks but it did not go too far. We had wall barriers along the drains which we realize they prevented the water from going into the community''.

He added that :''I am satisfied with how far we have come even though we started a bit late. We were very hopeful that we would have worked a bit faster to prevent this slight overflow because it didn't go far into the community, it was just along the drain''.

Meanwhile, the Member of Parliament for Tamale North, Alhassan Suhuyini asserted that “we are all guilty” for the recurring flooding of parts of the capital anytime it rained.

Meanwhile, as a result of the heavy downpour, a collapsed wall of the Kwame Nkrumah School at New Town a suburb of Accra killed a mother and her son in Accra.