Flooding menace : Demolish all buildings on waterways - Minister to Mayor 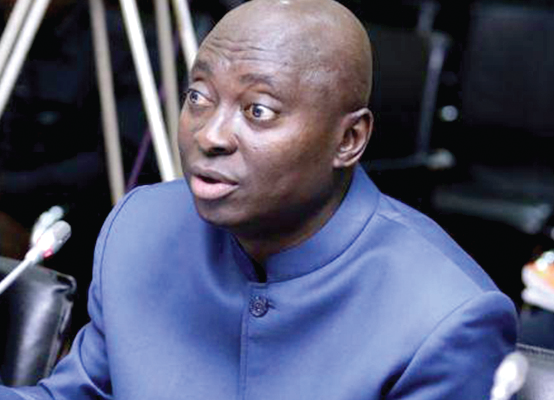 The Works and Housing Minister, Samuel Atta Akyea has ordered the Accra mayor, Mohammed Adjei Sowah to demolish with immediate effect all buildings in waterways.

The order comes at a time when rains have began setting in with the country's capital, Accra noted for its perennial flooding situation.

Addressing journalists at the Meet the Press Series in Accra on May 14 2019, he bemoaned the attitude of Ghanaians in contributing to flooding in the country.

''The metropolitan assembly is saying that this year it will bring down every structure in waterways.If you have a mansion sitting in a waterway when we have floods all over an area because of one man's house, and some people suffer in terms of lives, livelihood and properties. Its better for the one man's house to go down than the whole community to be flooded. I have told the Mayor of Accra to do it in accordance with law''.

Meanwhile, the Minister of Interior, Ambrose Dery appearing before the Public Accounts Committee of Parliament in April 2019 said his outfit will work with Ministry of works and housing to address the flooding menace.

He also added that he will work with the Finance Ministry to assist NADMO in the recent flood menace.