What you should know about TV Licence in Ghana 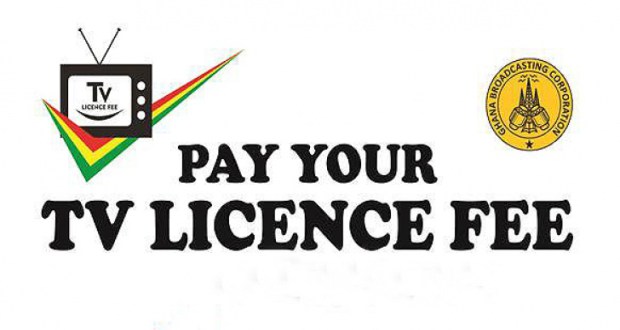 Q2: WHAT ARE THE VARIOUS TYPES OF TELEVISION LICENCE?
ANS: There are three types:

A Domestic Licence for households or individuals users of one or users of two sets or more, authorising the use of the licensed set(s) at the user's registered residential premises only;
A Dealersâ€™ Licence, for businesses selling or hiring TV receiving equipment; and for repairers of television receiving sets;
A Commercial Licence, for entities using TV sets in their business/commercial activities or on premises occupied for business purposes including Hotels, Restaurants, Video Theatres and Video Rentals.

Q3: WHY DO I HAVE TO PAY TV LICENCE FEE TO GBC?

Q4: I DO NOT RECEIVE GTV IN MY AREA SO WHY SHOULD I PAY TV LICENCE FEE?
ANSÂ The Television Licence fee is for installing and using a Television receiving set and not for content or programmes.

Q5: WHEN IS A TELEVISION LICENCE PAYABLE, AND FOR HOW LONG IS A LICENCE VALID?
ANS television licence is payable annually in advance. The TV licence is an annual licence and the licence period is indicated on the licence.

Q6: WHAT ARE THE ANNUAL/MONTHLY LICENCE FEES?

Q7: WHERE SHOULD I PAY TV LICENCE FEE?
ANS: At designated pay points and Banks; or to an authorized agent or agency of GBC. Details of payment options and pay points would be published soon.

Q8: WHAT DO I NEED WHEN RENEWING MY LICENCE?
ANS On renewal, you need to present a copy of your existing TV licence.

Q9: WHY THE SHARP INCREASE IN THE TELEVISION LICENCE FEES?
ANS There has been no increase since the introduction of the 30p per year in 1991. As a result, the fee of 30p per year has over the years depreciated heavily due to economic factors including inflation, currency depreciation and devaluation. If the fee were indexed to the economic trend annually, the increase would have been far more. At 30p per annum the cost of collection exceeded the returns, which compelled GBC to voluntarily suspend collection for some years. Compared with other African countries the new fee is still the lowest in the world.

Q10: ARE THERE EXEMPTIONS FOR THE VISUALLY IMPAIRED, RETIREES OR UNEMPLOYED?
ANS The law does not prescribe any exemptions.
Q11: WHAT ARE THE LEGAL CONSEQUENCES OF CONTRAVENING THE TV LICENCE LEGISLATION?
ANS You would be violating a law if you refuse to pay the fee and would be liable for prosecution, which could land you in prison.

Q12: IS A TELEVISION LICENCE TRANSFERABLE FROM ONE LICENCE HOLDER TO ANOTHER?

Q13: MY SISTER BOUGHT THE TV SET, WHY SHOULD I PAY?

ANS The law states that â€œno person shall sell or hire or otherwise dispose of a television receiving set to any person other than to the holder of a valid television receiving set licence granted in relation to that setâ€˜â€™. This means you are still required to have a valid TV licence once you install or use it, whether bought by your sister or anyone else.

Q14: IS IT RIGHT TO USE SOMEONE ELSE'S TV LICENCE TO PURCHASE A TELEVISION SET?

ANS NO â€“ You must have your own licence.

Q15: WHAT MAY A TV LICENCE INSPECTOR REQUIRE OF ME WHEN VISITING MY PREMISES?
ANSÂ You may be required to produce your TV licence upon request; or any other information for ensuring that the provisions of the TV Licence Act and its Regulations are complied with. A police officer may enter into and inspect any premises to ensure that the provisions of this Act and its Regulation are complied with.

Q16: DO I NEED A TV LICENCE IF MY SET IS USED ONLY TO VIEW VIDEOS? WHAT MUST I DO IF I DON'T WANT TO PAY A TV LICENCE?
ANSÂ The TV licence is not for content or programmes, it is for installing or using a TV set.

Q17: WHY SHOULD I PAY TV LICENCE FEES IF MY TV IS FAULTY?
ANS: Faulty TV sets which have not been decommissioned require a licence. If decommissioned and discarded you donâ€™t have to pay a TV licence fee.

Q18: MY TV IS ANALOGUE, MUST I PAY TV LICENCE FEE?
ANS The law mandates all TV set owners whether their TVs are analogue or digital to pay TV Licence fees once the TV is installed or is used.

Q19: ARE CINEMA OPERATORS SUPPOSED TO PAY TV LICENCE FEES?
ANSÂ They are required to pay the requisite TV licence fees if they operate TV sets in the cinema.
Q20: WHEN IS A TV LICENCE NO LONGER REQUIRED? WHAT MUST ONE DO TO CANCEL A LICENCE?
ANS When one has sold or otherwise disposed of or decommissioned one's television set(s) a TV licence is no longer required.
Q21: ON WHAT BASIS DO TV DEALERS PAY LICENCE FEES?
ANS Section 2(1) of the Television Licencing Act 1966(NLCD 89) as amended clearly states that â€œa person shall not carry on the business of selling, hiring or otherwise disposing of Television receiving sets or of repairing television receiving sets unless that person holds a valid dealersâ€™ licence, granted by the licensing authority in relation to the respective businessâ€.

Q22: WHY SHOULD I PAY TV LICENCE FEES WHEN I ONLY REPAIR TV SETS?

ANSÂ Repairers are required to hold a valid Dealersâ€™ Licence according to the Act.

Q23: ARE MEDIA HOUSES EXEMPTED FROM THE PAYMENT OF TV LICENCE FEES?
ANSÂ The Act does not prescribe any exemptions.

Q23: WHY SHOULD I PAY TV LICENCE FEES WHEN I WATCH DSTV?
ANS The TV licence fee is not for programmes or content one watches but for the installation and use of a Television receiving set.
Q24: I HAVE 20 TVs, HOW MUCH WILL I PAY?
ANS Domestic users of Television receiving sets are required to pay Thirty-Six Ghana Cedis (GHâ‚µ36.00) per annum and Sixty Ghana Cedis (GHâ‚µ60.00) per annum for two (2) or more Television sets.
Q25: IS THE PRESIDENT OF GHANA REQUIRED TO PAY TV LICENCE FEES?
ANS The Act does not provide any exemptions â€“ once one installs or uses a TV set, one is required to pay the TV licence fee.
Q26: WHAT ARE A LICENCE HOLDER'S OBLIGATIONS WHEN MOVING TO A NEW ADDRESS?
ANS GBC must be informed in writing within seven (7) days of a change of address.

Q27: WHY SHOULD I PAY TV LICENCE FEES WHEN I DONâ€™T HAVE ELECTRICITY IN MY AREA?
ANS According to the Act, the TV licence is for installing and/or using a TV set in Ghana.

Q28: HOW ARE ADDRESS CHANGES AND OTHER TV LICENCE INFORMATION CONVEYED TO GBC?
ANS All notices to GBC must be in writing and addressed to The Deputy Director in charge of Television Licence, GBC, P. O. Box 1633, Accra or by fax/e-mail to the numbers/addresses stated on the TV licence.
Q29: WHY CANâ€™T THE GOVERNMENT PAY THE TV LICENCE FOR US?
ANS He who pays the piper calls the tune. Public Service broadcasting is for the public good and therefore must be funded by the public to make it effective, free from any governmental or state control, and any commercial interests.

Q30: WILL YOU PAY TAXES ON THE TV LICENCE FEES COLLECTED?
ANS. No. The licence is a tax.
Q31: CAN I BE AN AGENT FOR TV LICENCE COLLECTION?
ANS Yes. However, the modalities are being worked out and when finalized would be advertised for interested companies with the operational and financial capacity to apply.