Why do we spend less on Father's Day than Mother's Day? 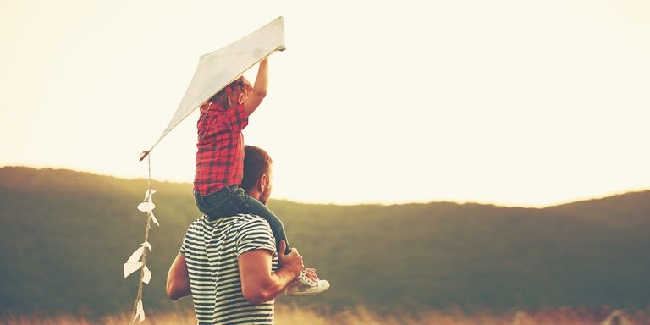 If you are buying your dad a present for Father's Day on Sunday, I bet you don't spend as much as you did on your mum for Mother's Day.

With Father's Day due to be celebrated on 17 June in the UK, US and more than 70 other countries from Argentina to Zambia, retailers around the world are set to enjoy a significant boost.

But while the amount of money we all spend on Father's Day continues to go up every year, it still trails far behind Mother's Day.

In the US, the average amount spent on gifts per dad this weekend is expected to be $135 (£106), says the National Retail Federation (NRF), with total spending expected to reach $15.5bn.

By contrast, Americans spent an average of $186 on Mother's Day presents this year, for a total $23.6bn, says the NRF. This is a third more and the figures for the UK paint the same picture.

So why do we spend more on our mums?

Dr Lars Perner, a consumer psychologist at the University of Southern California, says that most of us simply think our mothers deserve better or bigger presents.

"To some extent, wrong or right, mothers are often considered to be the biggest contributor to the home life.

"People tend to understand the sacrifices they make, that's what you see. Moms have a special place in people's hearts - there's a special idea of what they offer the family."

"I think fathers think they don't really need expensive, showy trinkets, or anything like mom's bouquet of flowers." he says. "They're not typically gift oriented. They generally don't expect anyone to feel an obligation to buy material items for them."

But before millions of dads complain that they really would like some generous gifts this weekend, Prof Kyle Murray, of the Alberta School of Business in Canada, says figures show that every year more money is being spent on Father's Day.

"Retailers have long made a big push on Mother's Day because demand for gift-giving was strong, and Father's Day more of an afterthought," he says.

With traditional gender roles continue to break down, and fathers are doing more housework and hands-on parenting "it is not surprising to see more emphasis on Father's Day," says Prof Murray.

He adds: "Retailers are of course happy to cater to consumer demand and have been ramping up their Father's Day promotions, as it becomes a more active spending occasion."

Kit Yarrow, a consumer psychologist at Golden Gate University in San Francisco, adds that as today's fathers have a "more emotional" relationship with their children than past generations, it makes it "a whole lot easier to buy presents for him, because his kids know him on a deeper level".

But what presents should you buy your dad for Sunday?

Male grooming products remain a hardy perennial, with firms in that sector looking forward to a significant rise in sales.

In London, Truefitt & Hill, the world's oldest barber shop, says that sales of its shaving, hair care and aftershaves go up significantly this week.

Joanna Broughton, managing director of the business, which also has outlets around the world, and an online operation, says: "We do find that our Father's Day offers are exceptionally popular, and we do find ourselves exceptionally busy on this very special occasion."

Meanwhile, US shaving giant Gillette is for the second year in a row running a promotional campaign. The "Go Ask Dad" initiative encourages sons to ask their fathers for advice rather than look things up on the internet.

For dads who might be hoping for something more fun than a new razor this weekend, a number of surveys on both sides of the Atlantic are a useful guide to what you may receive.

In the US, the most popular Father's Day presents, in descending order are - dinner or brunch, clothes, gift cards, power tools, personal care products, sports goods, and car related items.

If you are going to buy your dad a present you'll probably buy a card, too. But yet again, you are unlikely to spend as much on the card as you did for your mother.

Last year the average amount spent on a Father's Day card in the UK was £1.85, says the Greeting Card Association of the UK, comparer to £2.09 for a Mother's Day card.

Miles Robinson, co-founder of UK card-shop chain House of Cards, agrees that "dads don't get quite the same recognition" as mums.

"Perhaps fathers aren't so bothered about the sentimental side of cards, or gift giving, at Father's Day as mums are for Mother's Day, but we think it's just as important to remember and recognise the role that dads play."

Yet while mums may overall get more generous presents and more expensive cards, there may be one area where dads come out on top - we buy them nicer bottles of booze.