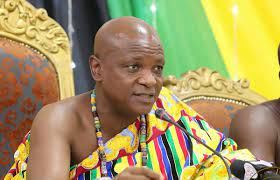 The Agbogbomefia of the Asogli State, Togbe Afede XIV has explained his rejection of over GH¢365,000 ex-gratia paid him for serving on the Council of State between 2017 and 2020.

Togbe Afede said he finds it inappropriate to receive the said amount when he already took monthly salaries for serving on the Council.

Togbe Afede XIV in a statement said, “I did not think the payment was made to trap me, as is being speculated. I believe it was paid to everybody who served on the Council of State. However, I thought that extra payment was inappropriate for a short, effectively part-time work, for which I received a monthly salary and was entitled to other privileges.”

“So, I was very uncomfortable with it,” Togbe Afede added. 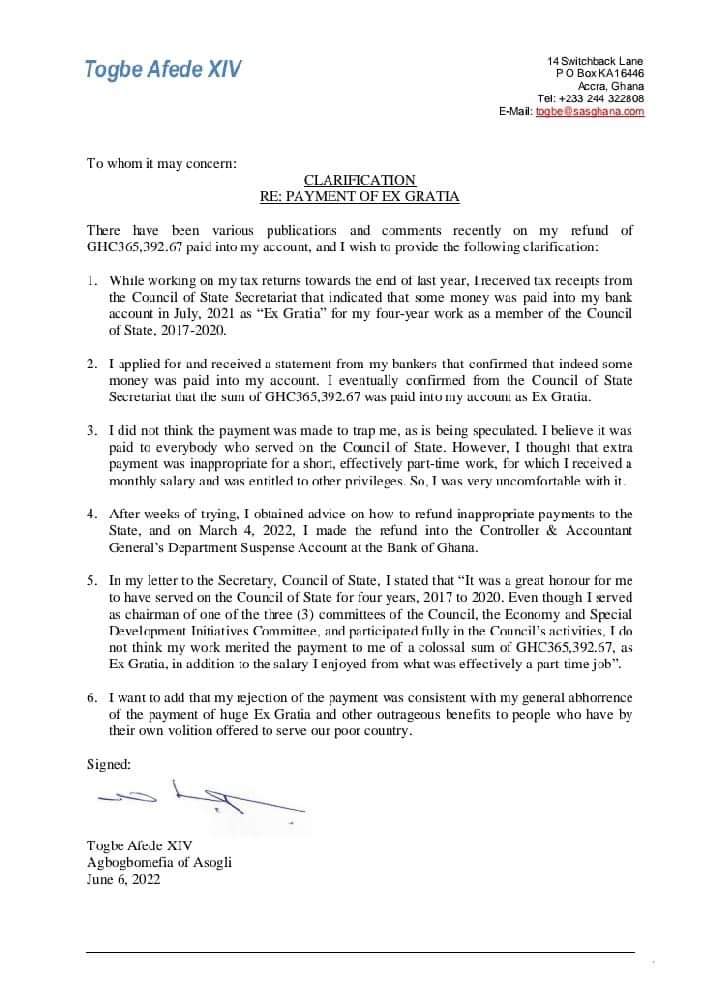 According to him, he explored avenues to return the money which hit his account in July 2021, which he successfully effected on March 4, 2022, adding that “after weeks of trying, I obtained advice on how to refund inappropriate payments to the State, and on March 4, 2022, I made the refund into the Controller & Accountant General’s Department Account at the Bank of Ghana.”

“I want to add that my rejection of the payment was consistent with my general abhorrence of the payment of huge ex-gratia and other outrageous benefits to people who have by their own volition offered to serve our poor country,” the statement concluded.

His clarifications come after many questioned the rationale behind the refund.