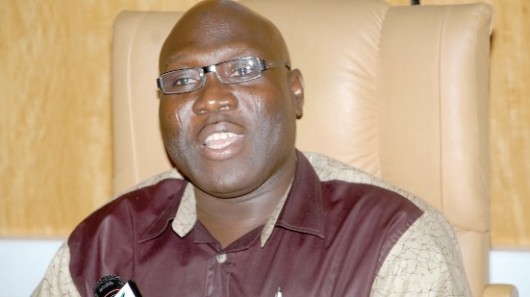 Former Lands and Natural Resources Minister and MP for Tamale Central,Â Inusah Fuseini says the withdrawal of soldiers from Operation Vanguard should be for a limited period.

According to him, the replacement of the soldiers with immigration officers will not be the solution to the fight to end illegal mining popularly known as galamsey.

Speaking on Asempa FM's Ekosiisen, Inusah Fuseini said the fight needs a multi-stakeholder and dimensional approach which he is not seeing with the current effort by government.

Inusah Fuseini said the taskforce being replaced with immigration officers will over some time also make them familiar with the people and the illicit act will still continue.

He suggested that the Chiefs and people in the area should be involved in the fight because the team cannot be at every place all the time.

The report suggests that Operation Vanguard the anti-galamsey operation task force has been ordered to withdraw from all illegal mining areas in the country with immediate effect.
Barring any last-minute changes, the soldiers will start pulling out from tomorrow and the immigration officers will take over fully.

Their base at Tarkwa in the Western Region is expected to start moving out tomorrow and the Ashanti Region will follow suit in March.

There are reports that this development came about as a result of the recent backlash from the public against the Military, allegations of bribery in the fight against illegal mining, the lack of confidence from the public among others.

This necessitated the Military Command which is the seat of government to pull out and the police takeover because it is their main duty to do these things.

The issue of the missing galamsey excavators has not also helped the course of the task force as some are alleging that they have a hand in it.

Operation Vanguard is a Military Police Joint Task Force (JTF) set up by the President of Ghana in 2017 to combat the operation of galamsey in Ghana. Galamseyers are illegal miners and have over the years depleted Ghana's forest cover. Their activities also pollute water bodies due to the crude and unregulated nature of the mining process.