Gay MP displays on the floor of parliament 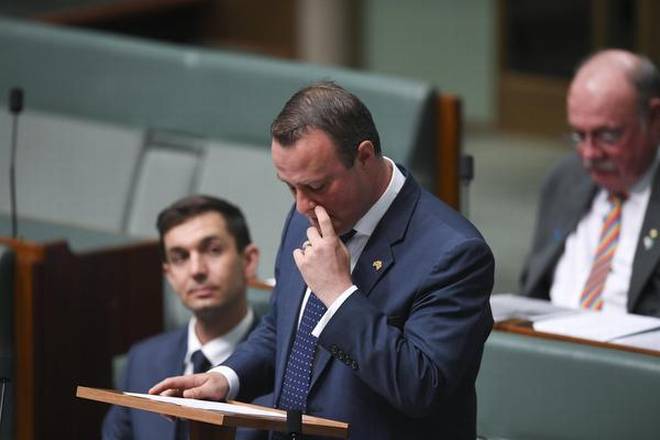 An Australian Member of Parliament (MP) proposed to his gay partner during a parliamentary debate on legalizing same-sex marriage.

According to the BBC when Tim Wilson rose up to make contributions to the discussion on the floor he said:Â â€œIn my first speech, I defined our bond by the ring that sits on both of our left hands. They [the rings] are the answer to the question we cannot ask. So, there is only one thing left to do. Ryan Patrick Bolger, will you marry me?â€

Ryan Bolger who was sitting at the public gallery shoutedÂ â€œyesâ€,Â reaffirming a commitment they made nine years ago.

Those present in the Parliament cheered and applauded them. The speaker congratulated them and confirmed that Bolgerâ€™s response had been officially recorded in the Hansard.

Wilson is said to be the first MP to propose on the floor of the house.

The House of Representatives began debating the bill on Monday, five days after it was passed in the Senate.

Conservative politicians are expected to suggest amendments to the bill, such as additional exemptions for celebrants who refuse to marry same-sex couples.

Â Video: Legalizing homosexuality is not an option - Public