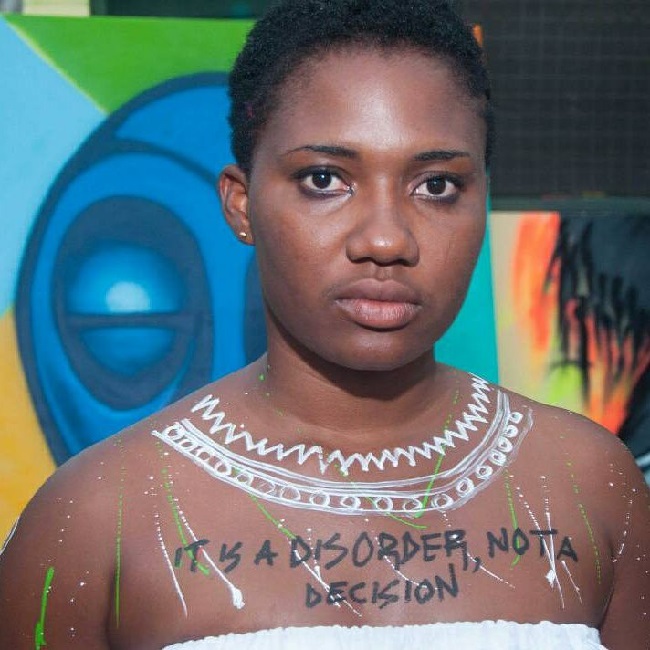 The former Student of the University Of Cape Coast, Nana Abena Korkor Addo who alleged over the weekend that she slept with high profile personalities including some top Journalists and Politicians, has revealed that she suffered a relapse of a medical condition.

In a post on her social media platforms, she apologised to all those she hurt following her outburst wild allegation during last weekend.

Over the weekend, Abena Korkor fingered Joy FMâ€™s Kojo Yankson and the national youth organizer of the ruling NPP government as allegedly paying her a sum of GHC 2000 to have their way with her in bed.

The duo had their names mentioned in a tall list of over 40 prominent individuals in politics, journalism, sports and entertainment who allegedly paid the former student, Abena Korkor huge sums of money, to have sex with.
According to her on a Facebook post, she sampled more than 40 men sexually as part of her journey of becoming a gynaecologist and sex therapist.

Meanwhile, Abena Korkor in 2015 was in the news for releasing her naked photos and videos on social media. The then SRC presidential aspirant was believed to have had some psychological issues after releasing her nudes.

Subsequently, her actions were blamed on her mental illness, for which she received some treatment at an unnamed mental home as well as spiritual exorcism.

She has since apologized on her Instagram page blaming the relapse of her condition for it but thanked all those who stood by her to overcome the situation.

â€œI shall not die but live and declare the name of our Lord Jesus Christ. I have not quit as a teaching assistant, as neither a Mixologist nor a mental health advocate. I had a relapse I am fine now and strong. Thanks for the support and prayers,â€ she posted on Instagram on Monday.