Relationships: 6 signs he's just not that into you 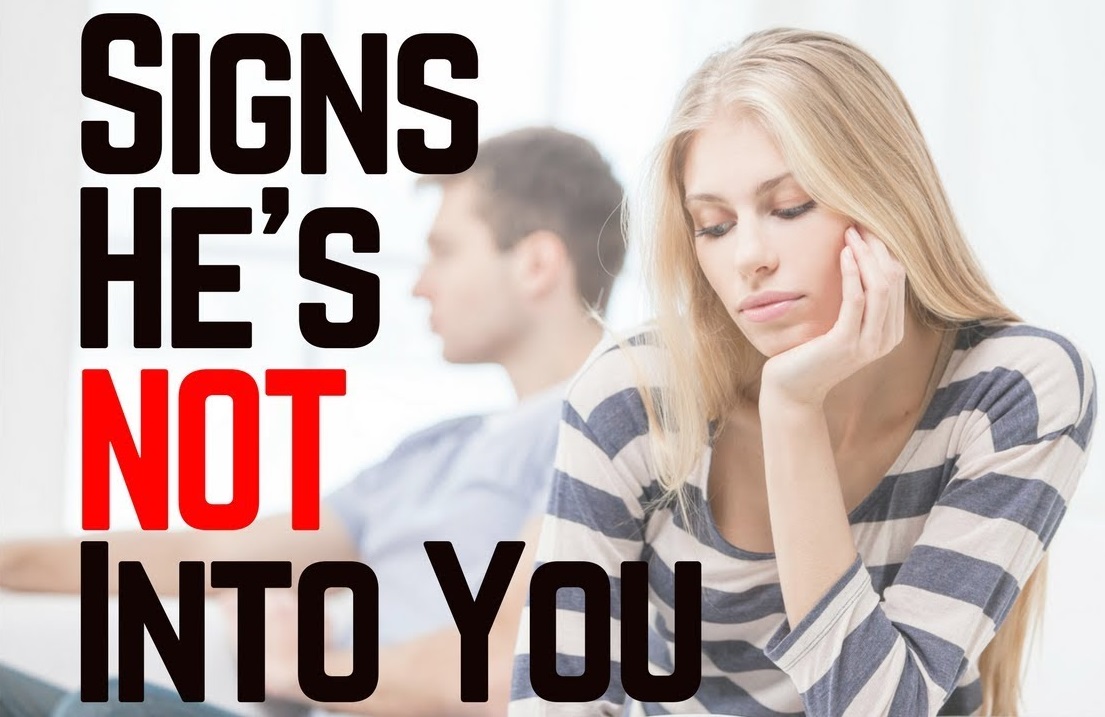 Relationships: 6 signs he's just not that into you
Shares

Prime News Ghana has compiled six (6) warning signals to watch out for and deal with in relationships.

This is how you know he's just not that into you


1. He talks about his ex frequently: It's fine to bring up the ex once in a while under very neutral contexts, e.g., "My ex-has the kids this week." But talking incessantly about prior relationships is tacky and might also imply that there are still some unresolved issues lingering in his head, whether it's rage, resentment, or doubt. This rule applies to you, too. Do not mention your previous love life and its contents, including pet names, restraining orders, and penis size.

If your man mentions the ex and it bothers you, speak up and say something: "The effective way of handling this is to ask him if he knows how he feels when he brings up the subject of his ex? Does he feel hurt? Does he feel angry?" If his problems persist, keep in mind that you don't have to.

At the beginning of a relationship, each party should ideally have a clean slate and be on their best behaviour.

2. He tells you he's not ready for a relationship: Many times women dismiss this statement and continue pursuing unavailable men. These guys will flat-out tell you that they don't want to commit to you, but here you are, cooking, enjoying naked sleepovers, and gushing to all your girlfriends about what a catch he is. Because, "once he sees how great you are, he will surely commit."

If this is you, please find someone to slap you back into reality. The truth is, he doesn't want a relationship (it's the same as not being ready for one), even with someone as delightful and wonderful as you. And you shouldn't waste your time trying to convince him otherwise, because his mind is already set. Spend life with someone who cares about you.

I actually know a guy who asked a girl to be his girlfriend during the first date, then broke up with her two weeks later, because he realized that she was "boring." Well,  I'm surprised he even knew anything beyond her first name at that point. Relationships can only succeed when there is a foundation to base them upon, such as common interests and experiences. Just because you both order the Caesar salad doesn't make you compatible.

4. He still hasn't asked you out: This should be a given, but I can't tell you how many times I've heard of people texting or g-chatting for months and months before any attempt at physical contact is made. If you're seeking mild flirtation or a virtual relationship, texting is fine but if you want something more, then he needs to make a move in real life. If you're at a point where you don't want to wait anymore, stop waiting. You shouldn't have to force someone to ask you out.

5. He doesn't let you go near his phone: If your partner has issues about letting you see his phone, then chances are, he's hiding something sketchy.  I'm not saying that couples need to share passwords or answer each other's phones, but you shouldn't ever feel like he's keeping something important from you either. If you feel weird about something, tell him.

6. He doesn't give you butterflies: He may have a great career, a nice apartment with hardwood floors, a humanitarian heart, but if he doesn't make your heart all warm and fuzzy, he's not it.