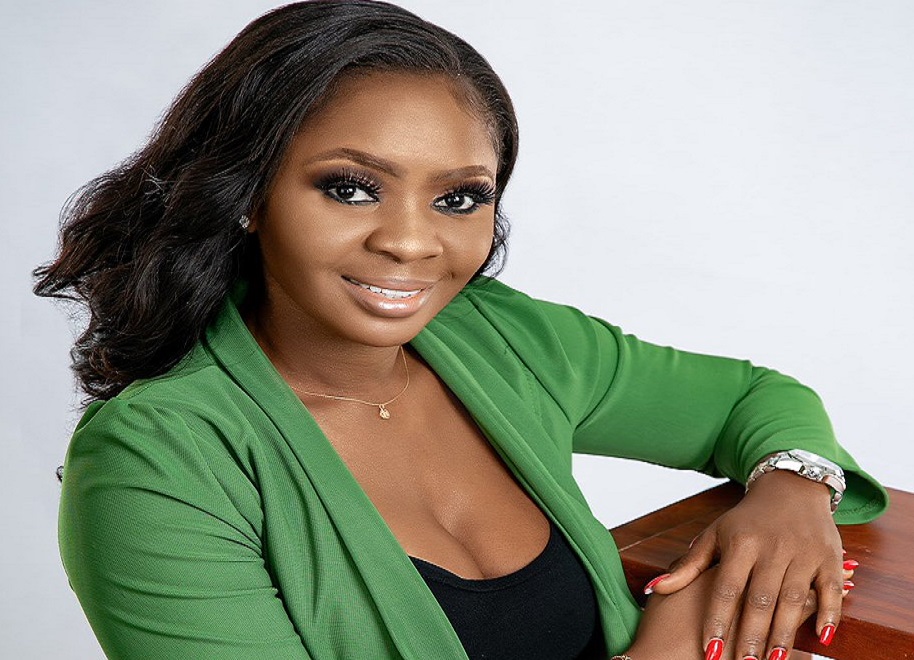 While many ladies are struggling to hook someone who will put a ring on it, a Nigerian Twitter user by name Blecyn has revealed how she once rejected a marriage proposal because of the size of the boyfriend’s penis.

Marriage is all about happiness and no lady will marry a man who won't be able to satisfy her sexually in bed and also the size of the penis plays a very vital role when it comes to sex as this lady rejects a marriage proposal all in the name of how good she wants to feel in bed.

“I rejected a marriage proposal because of the size of the D. Can’t come and die before my time.” 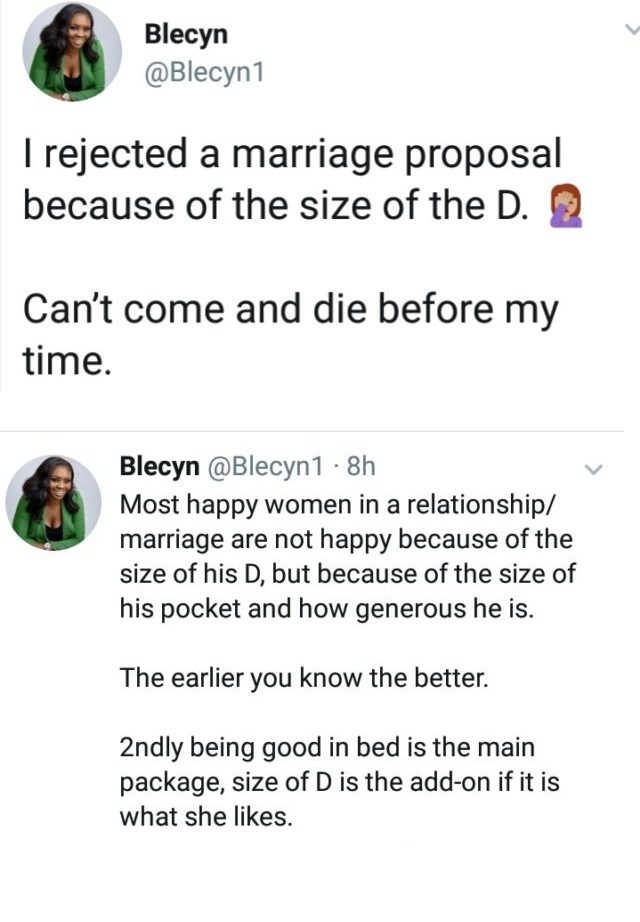 The lady also revealed that her decision to end the relationship is because she doesn’t want to have a private party stretched by manhood.

According to her, she can only cope with it stretching due to childbirth and nothing more. 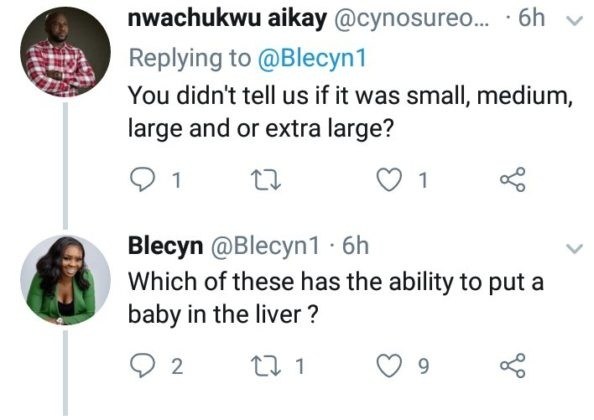