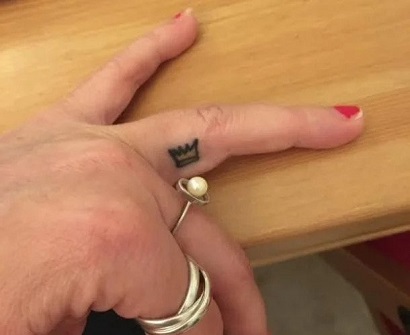 When my marriage came to an end, I decided I’d never get married again. Honestly, I had never really believed in marriage in the first place but when I found myself in love and not thinking straight (a common side effect of love), I also found myself engaged.

But even before my future husband and I officially tied the knot, I told myself that if it didn’t work out, this marriage would be the one and only time.

In my mind, you get one shot at such a thing. While I don’t judge those who have multiple marriages under their belt, I wonder how they reconcile by doing it over and over again. At some point, one has to admit that maybe they’re bad at marriage and, because of that, maybe they should refrain from doing it.

Fall in love, live with someone, and have a commitment ceremony if you want. But marriage three or four times? Come on.

When I decided I’d never marry again, it was more than a decision; it was a promise to myself. I moved my engagement ring, a single pearl in a white gold setting from an antique shop in Paris, to my middle finger on my left hand. Then I threw my wedding band into the Mediterranean Sea.

I swam out as far as I could that day, until I felt nervous because I was so far from shore, looked at the quote on the inside of the ring that read: “I forget the rest,” and threw it. My estranged husband’s ring read, “We were together.”

“We were together. I forget the rest.” —Walt Whitman

READ ALSO: 5 types of people who are not marriage material

But I wanted to make sure that I stuck to this promise I made. I wanted something permanent, a reminder of what a debacle my marriage was, in case I were to ever forget, as well as a daily visual to make sure that no matter how hard I fell in love the next time around, I’d never slip a ring on that finger again.

So I got a tattoo.

“There should be a place where only the things you want to happen, happen.” ―Maurice Sendak, Where the Wild Things Are

Growing up, one of my favorite books was Where the Wild Things Are. As someone who even to this day spends an obscene amount of time in my head fantasizing about other places, none of which are of this world, it was a story with which I always identified. I still identify with it and its character, Max, some 30-something years later after the first time it was read to me.

You see, Max is a wild thing. I, too, am a wild thing. So I did what any wild thing would do: I tattooed Max’s crown on the inside of my ring finger. 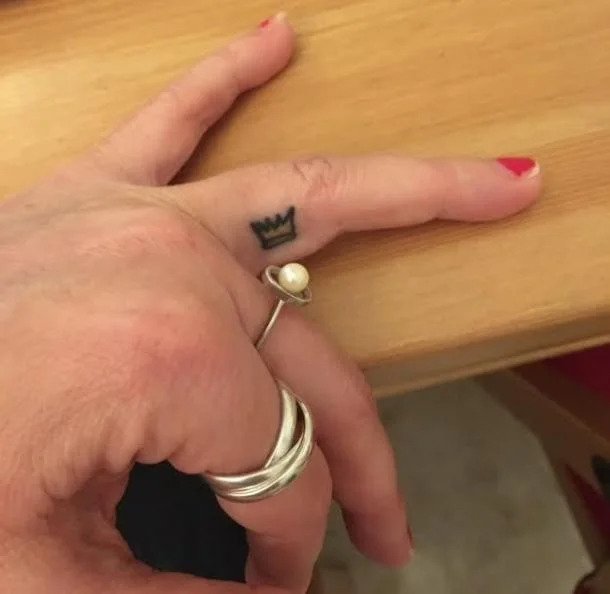 Not only would it forever remind me of my freedom, my wildness, and the marriage I escaped to have these things, but it would also remind me of Max and what I first felt when my mother read the story to me so long ago.

It was not strange to want to sail away. I was not wrong to want to be someone else, go someplace else, and feel something else from time to time. Being wild takes a level of courage that not everyone has.

“And Max, the king of all wild things, was lonely and wanted to be where someone loved him best of all.” ―Maurice Sendak, Where the Wild Things Are

I realize some will scoff at such a thing. Some will point out that a tattoo doesn’t prevent a ring from being slipped on a finger, a wedding band or otherwise, and physically, that’s true. But for me, it does. For me, its meaning transcends past physical capability.

Once upon a time, I committed myself to a person whom I loved very much and he betrayed me. Now, my only commitment is to myself. I’m the queen of this story, the writer of these chapters, and now, like any proper heroine, I have my own crown to remind me of this always.