Is a sexy voice more attractive than a pretty face? 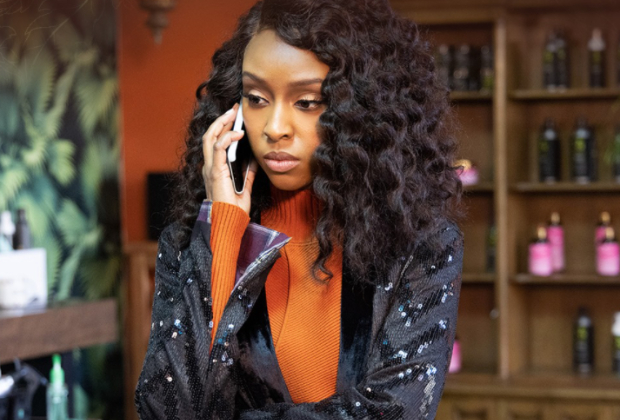 “The sweetest of all sounds is that of the voice of the woman we love.” —Jean de la Bruyere

“It has been said that a pretty face is a passport. But it's not, it's a visa, and it runs out fast.” —Julie Burchill

What is the role of seeing and hearing in generating sexual attraction? And what is the most seductive part of the body?

Seeing and hearing in love

“An attractive face is more important than a sexy voice since attraction to what we see is greater than to what we hear.” —Grace

"Of course I liked you, but then you opened your mouth." —A woman to a man on their first date

The sense of sight is considered to be more important than hearing when causing attraction as it provides more reliable information. However, when it comes to sexual attraction, we do not always want to have all the information—often mystery and ambivalence create greater attraction and excitement.

In the television series Seinfeld, Jerry is surprised that Elaine is interested in going on a blind date with a man to whom she has only spoken on the phone, while Elaine is surprised that Jerry wants to go on a "deaf date" with a woman whose picture he has seen, but to whom he has never spoken. For Jerry, like many other men, looks are more important than other characteristics and so he would not want to go on a blind date. On the other hand, for Elaine, a partner’s inner qualities are more important and so she refuses to go on a "deaf date." It seems that in the short-term, a deaf date is more likely to succeed, as good looks are more important for casual affairs, whereas in the long-term, a blind, (but not deaf), date may have a greater chance of success, since speaking with a person is more likely to reveal diverse and important character traits.

As the emotional system is more easily activated by visual stimuli, whereas the intellect is more susceptible to verbal stimuli, we may conclude that women are more intellectual in this regard. It seems that men, who are generally less emotional than women, are more influenced by emotional aspects when falling in love. Nancy Etcoff (1999) found that the chances of the most handsome girls in high school getting married are 10 times greater than the chances of the least handsome girls. Intelligent girls do not have this advantage.

Why is a sexy voice attractive?

"I can hear an especially deep voice from another room without seeing the man, and instantly conclude that his behavior would be more dominant than his male counterparts with higher voices. I would also assume that he's particularly healthy and attractive." —Renee Wade

Fellow Psychology Today blogger Madeleine Fugère brings into focus studies that imply women find lower-pitched voices more masculine and attractive. Men’s deeper voices are associated with higher levels of testosterone. In contrast, men prefer women with higher-pitched voices. Women with higher-pitched voices are perceived to be younger—as well as thinner. Looking further into these studies, it is often the case that we perceive men and women that have attractive voices to have sex earlier and with more sexual partners, as well as being more physically attractive with a better personality. When trying to sound sexy, men and women slowed their speech down. Both men and women with sexy voices are more likely to be sexually unfaithful. In any case, sexy voices have greater impact on attraction than physical appearance (Gallup & Frederick, 2010; Zuckerman et al., 1991).

Susan Hughes and colleagues (2004) found that women spoke with a higher-pitched voice when they spoke with an attractive stranger, while they spoke in a lower-pitched voice with their romantic partner. Similarly, when men spoke with their female partner, they spoke in a higher-pitched voice. Individuals manipulate their voices when speaking to different people in different contexts. In another study, Susan Hughes and Marissa Harrison (2017) found that participants in the study rated the voices of strangers who had a history of cheating as more likely to cheat. They concluded, “the human voice may be of value as a cheater detection tool and very thin slices of vocal information are all that is needed to make certain assessments about others.”

Comparing a sexy voice to a pretty face

"A pretty face may be enough to catch a man, but it takes character and good nature to hold him.”—Thomas More

“I have a friend who was not very fortunate physically (crooked teeth, a big nose, a receding jaw, balding at 24) but he has this amazingly deep and gravelly voice and a great personality. I have heard girls comment that his voice makes them tingle.” —Gloria

Sexy voices are usually more attractive than pretty faces because they are more meaningful and express greater affinity. Although we are attracted to pretty faces—typically symmetrical and average—the long-term value of a pretty face is negligible. Indeed, when describing someone as pretty, we mean that they are attractive, and when we say that someone is more than just a pretty face, we mean they have other positive enduring qualities, such as intelligence.

Another study showed that men in particular tend to discount the future, while giving greater weight to the present, when they meet an attractive woman. This is not the case in the opposite circumstance, when men meet women they perceive to be unattractive, or women meet men that they view as physically unappealing (Wilson & Daly, 2004).

A sexy voice is, to a certain extent, under our control; hence, when we hear such voice, the intention of the speaker is clear. This is particularly so in the case of moans and screams during sex—as long as they are perceived as authentic. As one woman said, “I need noise, I need to hear moans, I need to know I'm doing the right things.”

The meaningful look of love: “I can see the love in your eyes”

“The sexiest part of the body is the eyes.” —Clive Owen

So far, I have compared the value of nonverbal aspects of voices and faces taken as a means of sexual communication. Now, I briefly discuss the content of it.

Voice is typically more meaningful, and of greater impact on sexual attraction, than a mere passive and pleasing figuration, such as a pretty face. However, while still remaining within nonverbal communication, facial expressions may alter plain faces, particularly those of the eyes, giving faces a greater impact upon attraction.

The eyes have long been regarded as the mirror of our mental states. St. Augustine called the eyes "the windows to the soul;" Descartes argued that there is no passion that some particular expression of the eyes does not reveal. The meaningful look of love is extremely powerful and enticing, much more than what voices can express (Ben-Ze'ev, 2000; 2019).

The look of love is not simply a matter of being captivated by the beautiful features of someone's face, but by being vividly aware of the other's loving attitude. It is the revelation of the other's caring and yearning for us. A woman in love with her spouse said, "His hungry eyes scan me, making me tremble and yearn for him; his misty eyes are like the early morning dew when he is overwhelmed with love for me."

Both voices and faces are a valuable means of communicating sexual desire or love. However, the eyes are by far, the most enticing.