Why do men get so, so angry when they’re cheated on? 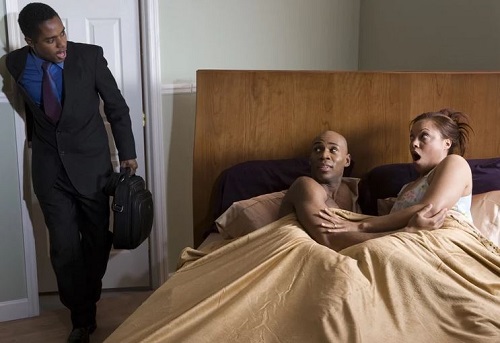 Why do men get so, so angry when they’re cheated on?
Shares

For a gender largely believed to be unable to help themselves when it comes to cheating, men seem to hate being cheated on too much. Why? Why do more men find cheating absolutely unforgivable compared to women?

The narrative that has been spun around the issue cheating for the longest time is that men cheat more than women, but are more hurt and distraught and angry when they find out they’ve been cheated on.

It’s kinda straightforward like that in our collective consciousness. The narrative believes that women somehow ‘expect’ to be cheated on because ‘all men cheat’ and ‘men will always be men.’

So what we have is an unfair situation, a particularly bothersome relationship dynamic which makes it feel OK for women to pardon and forge on when their men cheat; but on the other hand, validates men’s indignation and righteous rage when they get cheated on.

An excellent option to protect yourself from cheating is to use mSpy software. You will see who calls your partner and what messages she gets on Messenger, WhatsApp, and Snapchat. mSpy can provide peace of mind to you.

So let’s talk about reasons why this is so. Why does it bother men so much when a woman cheats on them, and why do more men find cheating absolutely unforgivable compared to women?

Men cheat so much but don’t like being cheated on – an interesting, overpowering narrative that we all have on cheating.

1. They know that cheating, for women, is solely for emotional purposes
When women cheat, it is for emotional reasons. Women do not cheat for physical reasons, and for the most part it’s not for sexual gratification. It has been said that the need to bridge an emotional gap, to plug some emotional vacuum is what leads women into affairs.

So, for men, knowing that the woman has detached herself emotionally and that their time is likely over makes cheating an extra-uneasy pill to swallow for them.

2. Ego takes a hit
Whereas women become [inexplicably] ashamed and embarrassed when their partner cheats on them, men see cheating as an affront on their ego. They probably feel that being cheated on is the highest form of disrespect ever, and this makes it even more difficult to stomach it.

Because, you know, men think they deserve respect as a birthright.

3. They never see it coming
The average man, no matter how unkempt, emotionally unavailable, difficult and problematic he is, still feels like he deserves loyalty and may never, for the life of him, imagine that his babe has it in her to either dump him or cheat with another man.

And while this is not entirely a wrong thing to expect, [I mean, if you’re still with someone, it’s only OK for them to expect loyalty from you] it’s still kinda deluded and naïve to think that women, especially the ones with unmet and unsatisfied emotional needs cannot or will not seek to get it from someone else.

4. They feel like cheating is for men
Crazy, right? But, yeah, it’s true. Some men are conditioned to think that only women get cheated on. They think it’s a man’s game to do that. Cheating is something men do. A woman cheating is… just wrong. But when it’s a man, it could be pardonable, explainable, there could be some way to justify it, it could be explained away, put in some perspective that makes it less of an issue.

But a woman cheating… and God safe us… a married woman?! Nah. That’s too scandalous. The greatest sin of all time.

5. They’ve been faithful all along
Like we pointed out above, cheating is painted to look like a man’s game. So when a man chooses to stay faithful to his wife or partner, they think they deserve some medal. Some extra cool points for being the guy who does not cheat, not to be rewarded with cheating.

Conclusion:
The point of this is not to justify women cheating or saying it’s cool for men to get cheated on. Hopefully, everyone sees cheating as something that bothers everyone equally. Women get just as hurt as men when they’re played. And anyone can cheat. Anyone can actually get cheated on, and ultimately, everyone owes their partner the duty to be faithful and honest.

The author, Misso Chitsamba is a writer, Journalist, Music Promoter at www.malawi-music.com , Vocal Critic and a Malawian