Breaking The Cycle: Resolutions or Revolution? 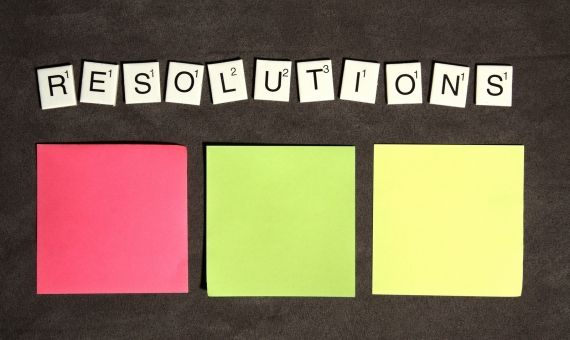 It’s that time of the year again where we take stock of the year’s events, be it good or bad, pretty or ugly hoping to see the fault(s) in our plot and perhaps, change the narrative of our story at the dawn of a budding year.

While only a few can cruise on into the new year with an uncompromising feeling of fulfillment, several others just look back and all they see are dashed hopes, abandoned dreams, shattered goals.

That project you vowed to complete before the year ended? The business you sought to start? The investment that never happened? The relationship that hit the rocks? And the list could go on and on.

One way or the other, we all slip in some area of our lives and “resolve” with such burning enthusiasm to make amends in the following year. Like a ritual, we faithfully make even bigger vows which only go into our archives as undone! Year after year, this tradition persists. Resolutions, we call them!

The one thing that really gets us totally unprepared ahead of a new year is the misconception that in its hand is a magic wand that naturally turns everything around. How convenient?
Truth is, we are the only component that change. Everything else remains pretty much the same. So rather than burn out on some fantasies; rather than change plans, what we really ought to change is us. Especially because we are the lead character in whatever story we script for the impending year.

Though I have never had resolutions. I have practically seen what became of them in others’ lives – a big disincentive to ever have one. That dates on your calendar change doesn’t in anyway suggest that you are changing as a person. It is crucial to let this sink. As a matter of truth, what we clamour about as “new year” is simply old year in motion since time has no start or end point.

This is where my recipe comes in. Revolve! Contrary to popular belief, it is not enough to resolve. You must revolve to see change. It would be far more rewarding to have no resolutions and revolve than have hundreds of resolutions without revolving.

Because, honestly speaking, many of us do not really need any new resolutions. We only need to revolve and be more committed to the old ones that were never met in the year just gone by.

As it’s often said, you cannot do the same thing the same way and expect to see new results. “Revolution” and “Resolution” may rhyme but their meanings and implications are worlds apart. To see change, there ought to be a revolution in character, a revolution in mindsets, a revolution in our approach to doing things lest we will sing the same discordant tunes of disappointment by the end of 2017. More importantly, it can’t be leisurely. It must be radical!
The striking difference between the two is that, our resolutions are often in word or thoughts, at most. But revolution is in deed. And this is what inspires the change we desire to see so badly.

To the student who desires to graduate honourably, he or she must learn to painstakingly commit more time to studies. People with entrepreneurial ambitions would have to save and invest into productive ventures. And if you desire to maintain a life of purity you must be willing to go beyond your Val’s day deadline this time around. If you’d have to stay awake throughout the night to meet project deadlines, do so.

Revolution is hardwork. It is not child’s play. And if you aren’t prepared enough to make the sacrifices and develop the right attitude to give your goals the needed boost, it would be like the world moved too fast. There’s no special year that carries your success. It’s all in the fragile efforts we put into each minute, each day, each week, each month. The only person to make 2017 work is you!
Prepare. Persist. Produce results.