MANASSEH’S FOLDER: In defence of Amissah-Arthur 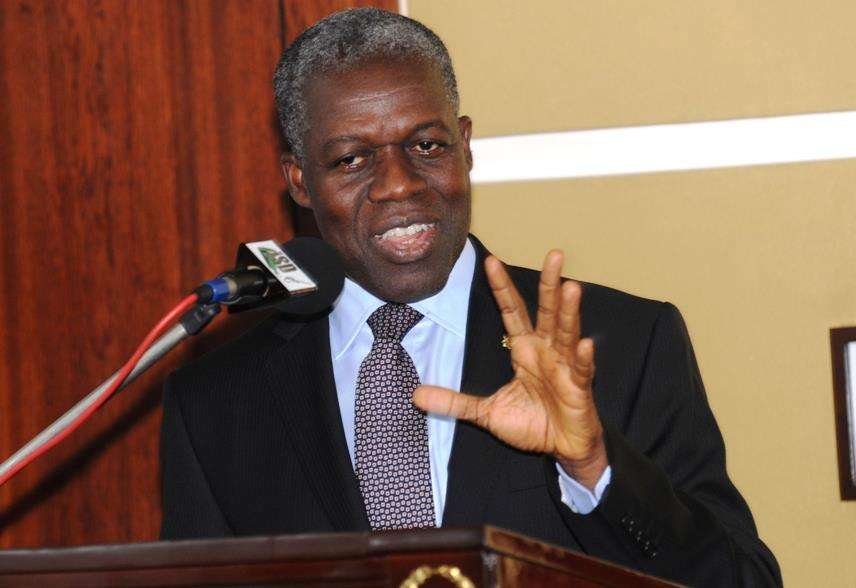 The defeat suffered by National Democratic Congress (NDC) in the just-ended election was a humiliating one. It was an emphatic rejection of an eight-year legacy of two Presidents – Prof. John Evans Atta-Mills of blessed memory [January 2009 to July 2012] and John Dramani Mahama [July 2012 to date]. The incumbent party, with all its resources, campaigned more than an opposition party. The NDC dwarfed its main contender, the opposition New Patriotic Party (NPP), in every resource-related armory that mattered in the election. But Ghanaians said emphatically that they wanted change, a change that was championed by the NPP’s Nana Addo Dankwa Akufo-Addo.

I have monitored post-election discussions and read articles on mainstream and on social media about the reasons the NDC lost the election. One major reason that runs through almost all the analyses is the role of Vice-President Kwesi Bekoe Amissah-Arthur, the running mate of President John Mahama in the 2016 elections. He seems to be receiving more criticisms in some analyses than the man who was the face of the party – John Dramani Mahama.

His critics say he added nothing to the ticket and, for the fact that his home region fell to the opposition NPP, he was one of the main reasons the NDC lost the election. I agree that the NPP’s running mate, Dr. Mahamudu Bawumia, was very instrumental in the victory of the NPP. For this reason, there was an equal expectation from Mr. Amissah-Arthur. However, I think we have been unfair to the Vice-President in the manner we criticise him and lay a chunk of the blame at his doorstep. His contribution may be a minor or insignificant reason for the defeat, and not a major reason, as his critics want us to believe.

Vice-President Amissah-Arthur was the running mate of President Mahama when they won the 2012 elections. Between 2012 and 2016, one could point to 729 sins, which President Mahama committed, and for which reason a voter who endorsed him in 2012 would not want to vote for him in 2016. But I don’t think Vice-President Amissah-Arthur went into the 2016 election with such a dented image. Those who say the NDC lost many seats in Amissah Arthur’s home region should be reminded that when President Mills led the NDC to win the 2008 elections, the NPP had only four seats in the Northern Region. In 2012 and 2016 when President Mahama led the party, the NPP has increased the number of seats in the Northern Region to 14. This is the President’s home region, a region that is loyal to the NDC and does not swing like Amissah-Arthur’s Central Region.

When an incumbent party is contesting election, it often relies on what it has done while an opposition party preaches what it will do. The NDC had been in office for the past eight years and relied on its projects and programmes. The party campaigned mainly on President Mahama’s legacy because it wanted to mask the fact that it had been in power for eight years.

The NPP, which had been in opposition for the past eight years, pointed out to Ghanaians the ills of the government and provided alternatives. Apart from infrastructure developments, which were fraught with allegations of price inflations and fraudulent procurement deals, the NDC did not have a good story to tell in this election. Beyond the photographs in the green book, the NDC as a party and government, was very difficult to market in the run up to the 2016 election. So Dr. Bawumia had more weapons in his armory than Mr. Amissah-Arthur. It is a fact that Dr. Bawumia is far more exciting to listen to than Mr. Amissah-Arthur on the political campaign platform, but the reason the NDC lost had very little to do with a “boring” or “uninspiring” running mate. The outcome of the election was the rejection of a bad legacy, mainly the John Mahama legacy.

Before we argue further, let us try to answer the question why Ghanaians rejected the NDC. Why did the NPP beat the incumbent party with more than one million votes? Did the angry voters who voted against the NDC (or its loyalists who did not vote, as in the case of the Volta Region) do so because they had Amissah-Arthur in mind? I don’t think so.

One of the main reasons the NDC lost was corruption. The NDC government did not give Ghanaians the time to breathe before serving us with one corruption scandal after the other. We became numb and immune to the shocks that should have greeted the breaking of such scandals, but we did not forget them on Election Day. In all the corruption scandals that broke in the last four years, none of them involved Mr. Amissah-Arthur or his office. Not a single report linked him to any of the corruption scandals.

Another reason many people lost faith in the NDC government was the mismanagement of the economy and its attendant problems of unemployment, poisoned business environment among others. The fate of the economy was dictated by the dishonesty of the government. According to the Zimbabwean businessman, Strive Masiyiwa, “Mismanagement and corruption are identical twins. Where you find one, the other is always nearby.”

The NDC’s failure to tame the economy could not be blamed on the lack of ideas. You cannot manage an economy when stealing seems very normal in the government. Our government was practising money laundering of a sort. Taxes and monies that were borrowed were handed over to local and international businessmen and women through dubious contracts. Some of those contracts were simply awarded in order to legitimise, wash or launder the stolen funds. A lot of this happened between July 2012 and December 2012. Anybody who doubts me should check when most of the outrageous and fraudulent contracts in the GYEEDA and SADA scandals were signed. When the NDC under Mahama assumed office in 2013, the economy was already in a mess. It would have taken a magician to turn things around, but the Vice-President wasn’t one, especially when the stealing continued unabated. Mr. Amissah-Arthur did not have a good product to sell in the 2016 election when the issue of the economy came up. He had no good points with which to reply Dr. Bawumia.

Others have also attributed the loss of the NDC to the arrogance of power and impunity government officials displayed in the midst of heavy criticism. The Vice-President did not exhibit these traits, neither were officials from his office involved in the open showcase of opulence and arrogance. The Vice-President was not responsible for the decision to free the Montie 3, who were jailed by the Supreme Court for insulting and threatening Supreme Court judges. Mr. Amissah-Arthur was not the reason the NDC’s founder and former President Rawlings ditched the party.

Mr. Amissah-Arthur was the least of the NDC’s problems. We have not been told of his involvement in any of the numerous scandals that sank and disgraced the government on December 7. His brothers and sisters were not involved in the looting of state property. His wife was not involved in grabbing contracts and stealing from the state without shame. When mention is made of arrogance of power and impunity, he is about the last person that comes to mind in this government.

So let’s spare the old man some slack. He may not have been as inspiring and exciting on the campaign platform, but let us not forget that in 2008, Nana Addo Dankwa Akufo-Addo of the NPP was more exciting and inspiring than Professor John Evans Atta-Mills of the NDC, who went on to win the elections.

Mr. Kwesi Bekoe Amissah Arthur may not have added much to the NDC’s campaign. But I sincerely believe he did not take much away from the fortunes of the umbrella family. If the NDC cares to know why it lost, let them go and look for those who danced to Daddy Lumba’s “Yentie Obiaa” while the nation cried for salvation. Our elders say the disease that will kill a man first breaks sticks into his ears. If there are men and women in the NDC whose ears were sealed with metals, then Amissah-Arthur, was certainly not one of them.

The writer, Manasseh Azure Awuni, is a senior broadcast journalist with Joy 99.7 FM. His email address is azureachebe2@yahoo.com. The views expressed in this article are his personal opinions and do not reflect, in any form or shape, those of The Multimedia Group, where he works.