2020 budget debate : Akufo-Addo will only be remembered for Free SHS and Double track - John Jinapor 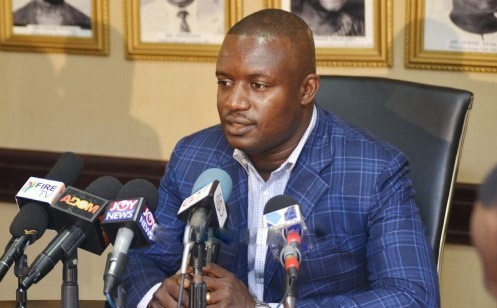 The Minority in Parliament has questioned President Akufo-Addo's contribution to the country's infrastructure sector since he assumed office in 2017.

According to them, the contribution of former President John Dramani Mahama on infrastructure will be remembered by Ghanaians to vote him into power coming December 7 2020.

Speaking on the floor of Parliament today, the Member of Parliament for Yapei Kusawgu Consistuency John Abdulai Jinapor compared Mahama's contribution to infrastructure to Akufo-Addo's questioning the tendency of Akufo-Addo winning the 2020 elections

''This is a government that has decided that spending on infrastructure, roads is not a priority to them. Theirs is to spend on consumption. Today, Fmr President Mahama can boast of hospitals, international airports, interchanges, roads. What will Akufo-Addo be remembered for in relation to the coming elections .What will the people consider to vote for him, the only thing he will be remembered and leaving for us is free shs and double track.''

''In Agriculture, Akufo-Addo's government have launched planting for food and jobs and other slogans. If you look at the Agric sector based on the Minister's assertion it is dropping from 4.6 to 2.2. Managing the Agric sector, its not about Ghanarism, its about a dedicated and committed party to do that''.

''On this note, the Akufo-Addo government must leave office immediately because we will vote them out for them to know that the people of Ghana are tired'', he added.

Again, the Finance Minister, comparing Akufo Addo's achievement to the previous Mahama administration, said the current government has done more in three years than its predecessor.

READ ALSO: Minority explains why 2020 budget is suffering from 'Kwashiorkor'